A MAN who affects an air of mystery is actually just a dick, it has been confirmed.

Nathan Muir is perceived as a mysterious intellectual because he gives monosyllabic answers with a wry smile that often leave people feeling stupid and awkward.

Recent acquaintance Tom Booker said: “A friend described Nathan as a ‘fascinating enigma’ and said that ‘in many ways he’s unknowable.’

“But I tried to talk to him for two hours at a bar and came to the conclusion he might actually just be a cock.

“I was told that he’s a film director so his bouts of silence are probably because he’s internally grappling with an artistic truth.

“Then I discovered his most recent project was an advert for Burger King.” 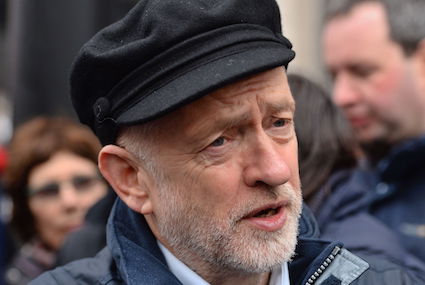 EVERYONE accusing Jeremy Corbyn of condoning anti-semitism has always been strongly opposed to prejudice in all its forms, they have confirmed.

Rival politicians, right-wing columnists and Tory voters are definitely not just trying to undermine a Labour leader who is normally too dull to pin any proper scandal on.

Daily Mail columnist Nathan Muir said: “No one is more committed than me to stamping out the vile disease of anti-semitism. I’ve seen Schindler’s List twice.

“Racism sickens me. Admittedly last week I wrote an article entitled ‘Is dear old Blighty about to become a Muslim cesspit?’ but that’s different because I’m criticising a religion.”

Tory MP Donna Sheridan said: “The evidence against Corbyn is overwhelming. He didn’t look at a Facebook thing properly and there are some anti-Israel nutters in the Labour party, which anyone can join with no real checks.

“If that doesn’t make him a card-carrying Nazi no different to SS leader Heinrich Himmler I don’t know what does. I’m surprised the brownshirted bastard hasn’t invaded Poland.

“I refuse to stand by and do nothing. I’ll be giving fact-free interviews on Channel 4 News every night until this dangerous man is no longer a threat to Jews and the Conservative party.”