A NAN has still not forgiven members of her family for turning up at her house unannounced at 4.30pm 18 years ago.

83-year-old Mary Fisher was, as she frequently recalls, just sitting down for a meal of fishpaste sandwiches when the doorbell rang to reveal her nephew and his wife visiting from Australia who had made a 90-mile detour to surprise her and introduce their new baby.

She said: “I had a good mind to tell them to bugger off. What sort of person just knocks on someone’s door at half-past four, which is obviously when everyone has their evening meal?

“They knew. They came at that time because they wanted feeding. It ruined my meal, and if I’m honest the whole year.

“I had to put a fresh pot of tea on, open a pack of Penguins barely 12 months out of date that I was saving for Whitsun, and feed them. I didn’t want to of course. But I had to.”

“And they expected me to be grateful. Grateful! For feeding other folk and their kids! I’ll not forget it. I’ve rewritten my will.”

Fisher went on to describe how the doorbell recently went at dinner – the meal she eats at precisely 11.30am – and it was her nosy, interfering neighbours coming round to check she was not dead.

No longer talking about the future: six signs Scotland is thinking of leaving you 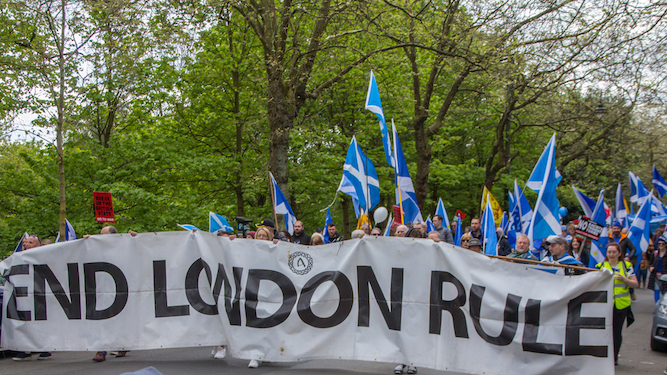 ALWAYS in a bad mood, never laughs at your jokes, and left a draft bill for an independence referendum in the printer? Signs Scotland might be thinking of leaving:

Over tiny little things like ‘who’s better at protecting their citizens from a pandemic’ or ‘not wanting to house asylum seekers on Mull’. One lengthy politically-motivated witch hunt and she causes a huge public scene. It’s almost like she doesn’t want to be around you.

She knows you’d like it if she put up a Union Jack now and again, but it’s just saltires all day, every day. It’s always Burns Night and never St George’s Day.

She doesn’t want to be intimate

When was the last time you shared a moment? Don’t say the 2012 Olympics because we all know that was about you. There’s always an excuse, but we know what she means when she says ‘stay in your local area’.

She spends all her time online

Why is she always on Twitter or whatever? Who are these ‘OneTruScots’ and ‘YesTheBruce’ that she’s always talking to on there? Never mind that you spend all your time posting ‘Delusional Braveheart-on-repeat Jocks have never heard of the Barnett Formula’ on Telegraph comments.

She wants to see other people

You tried cutting her off from those European friends who always hated you, but now she’s talking about wanting to see them again. Move back in with them. Share fish with them. And she threw back your offer to give her a couple of minor Royals as ‘insulting’.

She packed her bags before

Last time you barely won her back. She was already halfway out the door and you gave her promises you knew you wouldn’t keep. It’s only a matter of time, pal. Let her go.