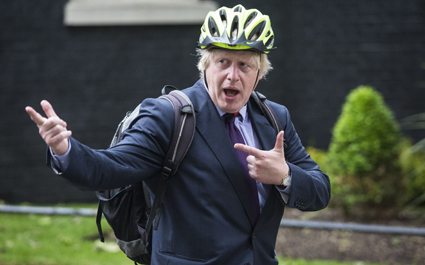 THE Mayor of London is still not particularly likeable despite a sustained campaign of antics.

Researchers found that despite Boris Johnson’s unruly hair, physical clumsiness and mild resistance to police authority, less than four per cent of Britons actually like him.

Professor Henry Brubaker of the Institute for Studies said: “Never has someone had so many of the characteristics of likeability without actually being likeable.

“A grown man of not inconsiderable girth giving his wife a backie on his bike should scream ‘amiable maverick’ but somehow you just want to push him off.

“It all seems a bit contrived and stunt-y. Like he’s the Evil Knievel of affability.”

Plumber Roy Hobbs said: “On the one hand, Boris does a lot of amusing cock-ups, often involving elements of physical comedy.