A TEACHER at a comprehensive is starting to doubt whether she even wants to put her dickhead pupils on a path to a brighter future.

Emma Bradford expected to inspire a lifelong love of learning in her students with inventive, unconventional lessons, but instead has found herself repeatedly telling cretins to shut up.

She said: “What I maybe forgot to factor in is that teenagers are really rather hateful.

“I sat backwards on my chair, ready to deliver an electrifying lesson where I rap the whole of Gangsta’s Paradise, and the only ones that weren’t on phones started sniggering about ‘camel-toe’.

“Frankly McDonald’s is too good for most of these thick shits. If they fail their GCSEs I’m doing society a favour.

“I don’t do inspirational now. They do the work out of the books and they keep it shut.”

We've waived our completely made-up fee that pays for literally nothing, say gyms 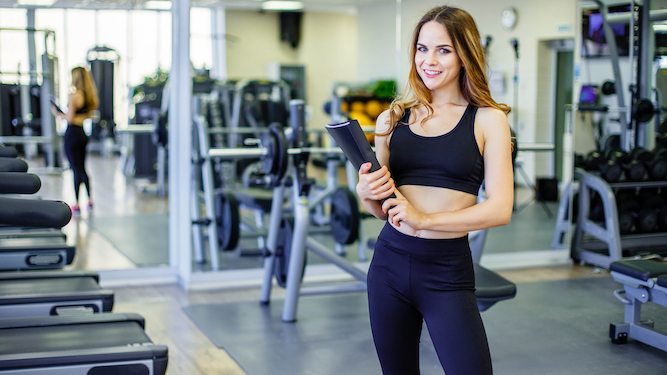 GYMS are generously waiving the £125 joining fee they usually charge for absolutely nothing, they have confirmed.

Gyms across Britain are fighting the obesity epidemic by dropping the fee, which usually pays for the time it takes for a bored receptionist to enter your details and take an ugly photo, until the end of January.

Owner Tom Logan said: “We feel a patriotic duty to do our bit. Until the end of January.

“The signing-on fee is a big chunk of change. We’re losing a lot here. It barely covers our operating costs as is.

“If I get 150 new memberships and they all come six days a week, using all the equipment, taking multiple classes and relaxing in the aqua spa afterwards, I’ll regret my act of charity.

“But if it means Britain gets healthy then Kayla on front desk, one of the top 16-year-olds in her position in the municipality, will get her enormous renumeration for doing her highly skilled job from my own pocket.”

Logan encouraged customers to sign up as fast as possible noting that the offer was time-limited, and in February he would only be doing two months free.