A BABY is enjoying its first few days on earth with absolutely no clue of the havoc it has wreaked on its mother’s body and mind.

Nathan Muir, a three day-old based in Reading, is enjoying regular feeds, sleeps and burpings, completely ignorant of the 23-hour labour extravaganza.

Muir’s mother experienced extreme physical pain and prolonged emotional distress during the labour, followed by the most intense rush of euphoria and love she has felt since she did acid that one time.

Muir’s father, Ian, said: “It was terrifying, it was exhilarating, it was life-changing. I have never felt more proud of my wife. Nathan, on the other hand, has barely even bothered to make eye contact with her.

“Aside from the physical toll the birth took on my wife, our marriage is presumably now changed forever and our house looks weird. And this heartless monster doesn’t give a damn.”

Muir’s mother Sarah added: said: “Eventually I will tell him exactly what he did to me and then he can decide for himself how to thank me every day for the rest of my life.” 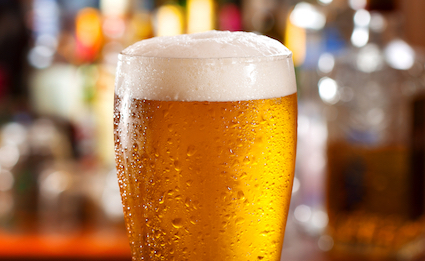 BEER has reached a level of insane deliciousness, it has been confirmed.

While the beverage maintains a constant level of amazingness throughout cooler parts of the year, scientists say that temperatures of over 28 degrees activate a molecule that makes it supernatural.

Professor Henry Brubaker, of the Institute for Studies said: “If you have any beer in the house, please keep it as warm as possible to avoid droplets of moisture tantalisingly caressing the curve of the bottle neck before it slowly, oh so slowly, makes its way to…

“Sorry, I kind of got lost for a second there.”

The nation’s pubs have agreed to limit the sale of refreshing, ice cold, magnificent beer, stating that they will refuse service to customers once they are too drunk to fumble enough change out of their pockets.

Beer enthusiast Wayne Hayes said: “It’s like in some sophisticated romantic comedy when a jaded husband of twenty years once more sees his wife, whom he loves but maybe takes for granted, for the beautiful goddess she truly is.”

Brubaker added: “Beer, though. I really fancy a beer right now and I’m actually drinking a beer as I say that.”