Corbyn demands to be only unity candidate

JEREMY Corbyn has asked leadership rival Owen Smith to pull out of the race so he can run as Labour’s lone unity candidate.

The 67-year-old agrees with his challenger that the party should end its internal battle and rally around a single leadership candidate, but that it should be him.

Corbyn said: “Two people can never be one. That’s obvious.

“And, just as Angela Eagle left the race to avoid splitting the vote between herself and Owen, so should Owen drop out to ensure there is no choice whatsoever.

“The leadership election would still go ahead with a single candidate and voting would be made compulsory, giving me an indisputable 100 per cent unity mandate.

“Then I’ll probably go on another one of my holidays. There’s not really anything else that needs my attention right now.”

52 per cent of Britons don’t believe in moon landings and that number sounds familiar, say experts 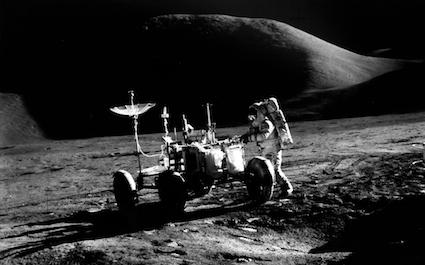 52 per cent of the UK does not believe the moon landings happened, and that is not the first time that number has made headlines recently.

A survey found that 52 per cent of adults thought the 1969 moon landings were fake, a similar number to other Britons who share unorthodox beliefs unsupported by evidence.

“It’s almost as if 52 per cent of the country is credulous to the point of idiocy. Maybe we should have a vote on whether there even is a moon, and if they win we’ll all agree tides are caused by sea monsters.”

Roy Hobbs of Middlesbrough said: “The moon landings never took place, fact, and these Mooniacs need to get over it and stop whining.