PEOPLE who seemed quite nice are preparing to split up with their partners in surprisingly brutal ways, they have revealed.

Thousands of apparently warm and loving individuals intend to leave their partners totally confused as to whether they were going out with a wonderful person or a cold emotional android.

Charity worker Nikki Hollis said: “Now I’ve decided to split up with Josh, the only question is whether to do it with a four-minute conversation in a Costa or an email titled ‘Bad News’.

“Maybe leaving a note in his letterbox would do.”

Accountant and otherwise pleasant person Stephen Malley said: “There’s no easy way to split up with a long-term girlfriend, so I might as well do it by text. At least it’ll give her something to refer back to.

“I’ll cushion the blow by explaining we can still be friends. I do mean that, we could really be friends and go to the cinema together in a platonic way, I would be fine about that because I have no feelings for her.

Malley’s girlfriend Nikki Hollis said: “I can’t tell whether he was always secretly a bastard or if he just dumped me in a really cold way because he was nervous about it. Let’s assume he’s a bastard.” 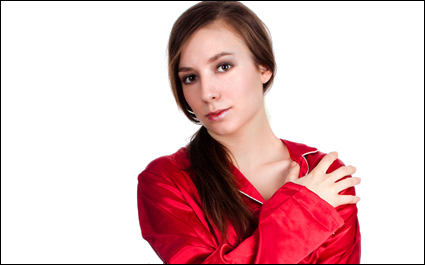 NOT changing out of your pyjamas saves vital time for bloody-minded disputes with perceived authority figures, parents have claimed.

After a headteacher criticised parents for wearing pyjamas on the school run, angry mums said they were already pressed for time due to similar inane quarrels with the local council, supermarkets and their GP.

Mum-of-two Donna Sheridan said: “Getting dressed would leave me with less time to spend at the council offices having a blazing row about some obscure aspect of wheelie bin collections.

“Today I’ve got to kick up a fuss in Tesco about the very same issue of my right to wear flimsy bedtime clothes in public, then go home and ring my GP demanding to know why I can’t have an appointment at 7pm on Sunday.

“These teachers have got no idea what it’s like to be a full-time mum in a permanent state of self-righteous outrage.”