Night tube to be even more terrifying than night bus

THE forthcoming all-night London Underground services will be even scarier than night buses, it has been confirmed.

A Transport for London spokesman said: “The best thing about travelling on London’s night buses has always been the adrenaline rush of knowing it could kick off at any moment.

“Imagine that living-on-the-edge thrill but in a tunnel deep under the ground.

“Like a ghost train at a fun fair, but better because the ghosts might actually beat you up.”

The spokesman added: “Everyone will be either drunk, on cocaine, or incredibly weird.

“It’s strictly for the hardcore.” 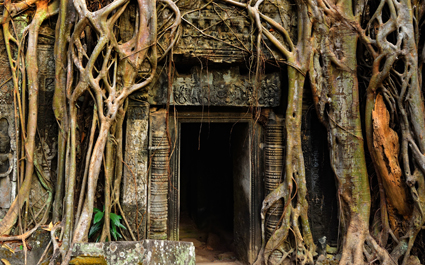 SIXTY per cent of Tesco stores are roofless wrecks inhabited by tribes of feral monkeys, auditors have found.

The extent of the decay is concealed from shoppers behind Working to make your store better! signs which also serve as shelters for half-naked staff wielding spears made from sharpened mops.

Shopper Donna Sheridan said: I did hear them once say Rampaging rhino in aisle five and then quickly correct it to spillage.

And the conveyor belt was operated by a chimp pedalling with his feet and making beep sounds. I actually liked that personal touch.

The stores were last supplied with branded goods in 2008 and have spent six years packaging squirrel as chicken, dock leaves as rocket salad and twigs bound together with grass as DeLonghi ESAM04 Magnifica Bean to Cup coffee machines.