No-one enjoys having Happy Birthday sung to them

NOT one single person, from one-year-olds to 100-year-olds, enjoys the part of their birthday where everyone sings Happy Birthday, it has emerged.

Despite it being theoretically a treat, everyone finds the laboured performance of an extremly repetitive song an excruciating ordeal to be endured.

Researcher Stephen Malley said: “The worst bit of any birthday is the mass singing of Happy Birthday, whether by friends, colleagues or family.

“Nobody wants to hear it. The lucky birthday boy or girl can’t bear to make eye contact through its interminable drone so they stare at the floor throughout. The only thing that gets them through it is that there’ll soon be cake to eat.

“Nor do those singing the song enjoy it. They have to be coaxed to, by a manager or mother or an elderly grandparent wearing a party hat. We could drop the entire thing tomorrow and everyone would be equally relieved.”

Facilities manager Jordan Gardner said: “It’s a ridiculous tradition that needs to die. I had to sing it to my boss last week, and he’s not ‘dear Clive’. He’s the f**ker that makes me do unpaid overtime.

“It’s my turn next month. The whole office will gather, like a mob ready to kill, and sing the birthday song. Happy birthday to me.” 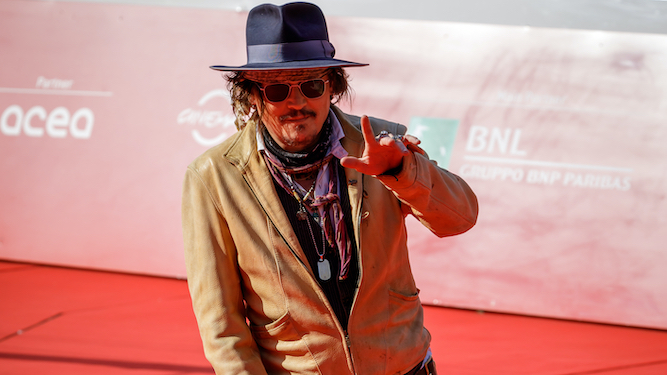 WANT to spend an evening of Hollywood glamour with a middle-aged bloke smashed on red wine punching kitchen cabinets? Enter our competition!

Yes, you could share the thrilling lifestyle of a 58-year-old who still takes MDMA, drinks far too much and blacks out while eating ice-cream out of the carton.

The star of movies like Edward Scissorhands and Pirates of the Caribbean, both of which came out some years ago, invites you to hang out with him in his penthouse apartment while he has a screaming argument with his ex-wife.

You’ll feel deeply uncomfortable by an infinity pool with a view over Los Angeles as the actor continues a long, expletive-laden disagreement with his former partner over the phone as if you’re not even there!

And even when Johnny is off the phone he’ll entertain you by reading truly horrible texts from Paul Bettany revealing the two share a violent fantasy life that you simply want no part of.

By the time he’s lit a massive spliff, fallen over a chair, kicked it into the pool, called you by the wrong name and asked if it was you who shit in the bed, you’ll be begging for a limo home!

Yes, win an evening with Johnny Depp and an experience you’ll never forget! Competition not open to anyone under 18 due to the adult nature of the prize. Winning entry to be picked by a pissed-up old bloke wearing blue shades.