No penis will ever be as good as a dick straw full of rosé, admits hen party

WOMEN at a hen party have confirmed a real penis cannot compare to a novelty penis-shaped straw used to sip rosé.

Attendees at Lauren Hewitt’s hen party made the discovery halfway through their sixth bottle of rosé, when they realised that slurping away on the real thing offered them no way of getting drunk at 2pm in All Bar One.

Hewitt said: “Sure, the length is disappointing and it goes off in my mouth after the first suck, but enough about my boyfriend’s dick.

“Seriously, who could go back to regular knobs after this? I’ve never seen rosé or even Lambrini come out of a single one. And believe me, I’ve done my research.”

Maid of honour Nikki Hollis said: “The only downside is that penis straws taste of plastic. Although they won’t get me pregnant then never call me back, so overall they’re way better. I wish all men had them instead.”

Waiter Tom Logan said: “I hear hen parties chatting shit all the time, but a rosé-spouting knob is next level disgusting. A Carling-dispensing tit on the other hand? Perfection.” 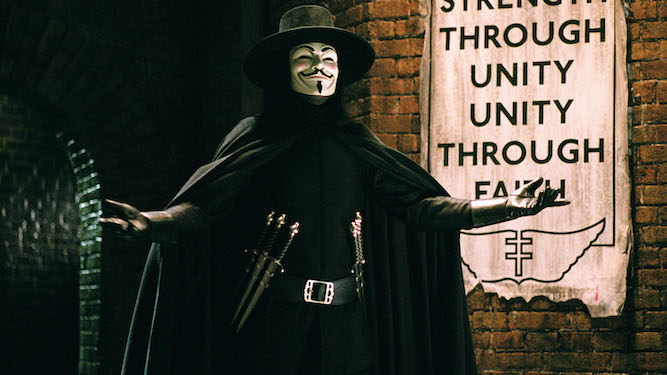 TEA on the lawn, cheeky Cockney characters, and the prime minister living in a thatched cottage in Trafalgar Square. These films f**ked up at portraying Britain:

From the sea captains on the roof monitoring the wind to the joyful, dancing child chimney sweeps, this film doesn’t get a f**king thing right apart from bankers being bastards. And Dick Van Dyke, bless him, wrested an accent of wildly confused Irish Cockney from the very pits of madness and made Americans think we all talk like that.

Set in England for no reason whatsoever, this shit sequel crams in cruel boarding schools, twatty aristocrats and that quintessentially English experience: getting caught in a flock of sheep en route to a remote country church while in a Mini Cooper driven by a nun.

Not inaccurate in its portrayal of a dystopian fascist Britain, but a breakfast called ‘eggy-in-a-basket’ has never been eaten by anyone on these shores. Also firmly believes the height of British satire, which the government executes a man for, is The Benny Hill Show.

Sersi rushes up the steps of the Natural History Museum to find Kit Harington just teaching a class. A load of kids at school in a major national museum. Uh? This scene is also unforgivable for missing the chance to confirm Andy’s Dinosaur Adventures as part of the Marvel Cinematic Universe.

The Queen’s two-minute Paddington video is the most we’d seen of her since the three-minute Bond one a decade earlier, but Americans think we’re obsessed. They also believe the nation responsible for the Stones, Led Zepp and The Who is discomfited by rock music, and should the Royal family be electrocuted and John Goodman appointed, we’d marry him to a Finnish princess for oil rights.

West Ham’s got violent fans alright. They’ve got a reputation. One they wouldn’t jeopardise by letting a 5ft 5ins star Harvard student on a gap year join them to pad out his resumé. ‘August-June 05-06: interned with English hooligan firm. Contact Bovver for references. Do not question Charlie Hunnam’s accent.’