No pressure but Freshers' Week must be best week of your life, students told

FIRST-YEAR students have been told to settle in, take things easily and to have the best week of their whole lives or there is something wrong with them.

Freshers around the UK have been warned that the next seven days should be a non-stop hedonistic thrillride in which they make lifelong friends or their entire investment in university is wasted and they should give up.

“Every minute a fresher isn’t downing a filthy combination of spirits while in fancy dress they are damaging their future social status irrevocably. How do they think you get a job in the City?”

Emma Bradford, aged 19, said: “It’s absolutely, definitely the best week of my life and the group of 13 strangers I live with are now all my best mates.

“I definitely didn’t get in at 5am last night and secretly write an essay on Chaucer just to try and remember who I am.” 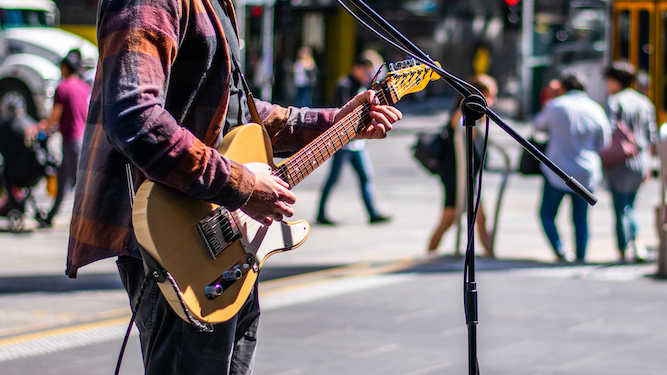 MAKING cock-all money busking so want to take revenge on everyone on your high street instead? Try these numbers:

A miserable dirge beloved of TV talent shows and nobody else but it makes you feel like you’re baring your soul and nothing is surer to make Britons uncomfortable. Nasally howl at top volume and you’ll have office workers shuddering at the memory all day.

Valerie by the Zutons

Amy Winehouse was a genius vocalist who made a middling indie number into a classic. You’ll have people stopping in the street, listening intently, trying to work out what song it is even when you’re on the chorus. They’ll hate themselves when they realise.

Killing in the Name Of by Rage Against The Machine

Tricky to perform if all you’ve got is a penny whistle and a shaky egg, but does allow you to swear repeatedly and enjoy the looks on the faces of parents and old people. As Christmas number one in 2009 it’s technically a seasonal favourite and should earn you loads in the run-in.

Perfect for busking but will raise hackles across the shopping centre as everyone wonders if it’s actually Ed, if they’re secretly being filmed and if James Corden is suddenly going to pop out of the shadows and try to dance with them or some shit.

No one, apart from pissed-up 40-something blokes at music festivals and Liam Gallagher, ever wants to hear Wonderwall ever, ever again. Guaranteed to make everyone feel utterly depressed.