A MAN has warned against any return to the decade from which he benefited enormously.

Norman Steele, 68, believes that despite secure employment, full student grants and buying a massive house cheaply, the 1970s were a nightmare decade because trade unions or something.

Steele, whose five-bedroom house is now worth 100 times what he paid for it, said: “These young people who were thinking of voting Labour in the last election have no idea how dreadful it was.

“The unions were holding the country to ransom and there were dead bodies literally piling up in the streets. I’m pretty sure that isn’t me misremembering things.

“Sometimes in January it’d be dark from 4pm right through to the next morning. Thanks, Arthur Scargill. Tell that to kids today with their phones and they won’t believe you.”

“The worst was when we joined the Common Market. That meant we got the Sex Pistols with their spitting, swearing and anarchy.”

Steele then curtailed the interview to meet an equity release advisor to discuss a down-payment on one of Richard Branson’s trips to the moon. 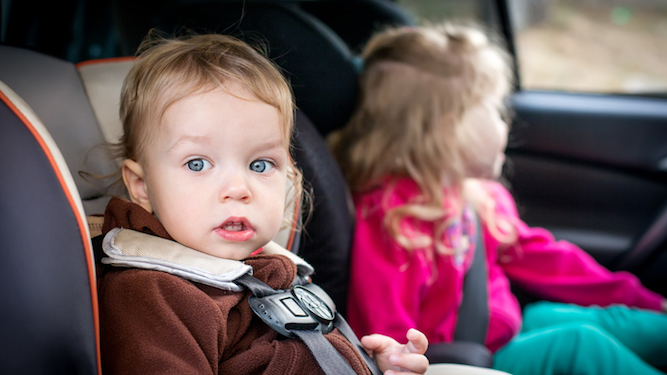 The Institute for Studies found that families with young kids can take up to three hours just to leave the house and get everyone into their seats.

Professor Henry Brubaker said: “You’ll be standing in the p*ssing rain for over an hour waiting for a two-year-old to ‘get in the car by herself’.

“Then there’s locating toys and strapping the little b*stards in. When you’re about to drive off you can guarantee one of them will need a sh*t and you’ll have to get out and start the whole process again.

“Our research suggests this wastes almost 53,000 hours of your life and barely improves until they become teenagers, when they become a pain in different ways.”

Father-of-two Martin Bishop said: “It’s taken me 45 minutes to wrestle Oscar into his car seat. He kicked me in the face, just in case I wasn’t already having enough hassle with the changing bag and the f**king pram.

“Leaving the house just isn’t worth it. I’m going to stay at home with the back door open and let them roam free.”