No, says mum in deep scary voice as someone tries to throw ramekin away

A MIDDLE-AGED mother has responded with terrifying ferocity after someone tried to throw away a ramekin.

49-year-old Nikki Hollis roared “NO” in a demonic-sounding voice when her teenage son Scott tried to put a small glass ramekin, which previously contained a Lidl pudding, in the recycling.

Speaking in a voice several octaves lower than usual, she bellowed: “NO. DO NOT DISCARD THE RAMEKIN. WE SAVE THOSE.

Scott Hollis said: “Mum is pretty chill in most areas, but I never realised saving ramekins was like a spiritual calling for her.

“You could feel the temperature drop. I honestly think if I persisted with putting the ramekin in the recycling, she would have torn me apart like an enraged puma. I was like okay, I am stepping away from the ramekin.”

He added: “We have shitloads of those little ramekins in a cupboard under the sink. You could use them to make an actual-size model of Ben Nevis.”

Nikki Hollis said: “I’m a pretty easygoing person. But there’s another side to me, and if you trying to throw away a ramekin, you’ll see it. And you don’t want that.”

Yep, this is as 'exciting' as golf gets, confirm fans 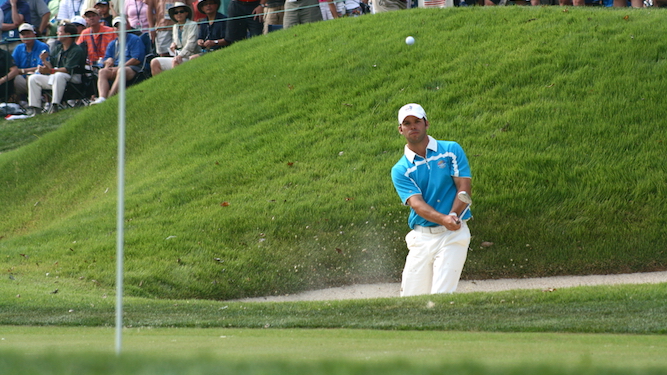 GOLF fans are insisting that the Ryder Cup is a tense, explosive contest that will have even the golf-averse on the edge of their seats.

The biennial contest between Europe and the United States, featuring no more than one golfer you have actually heard of, is apparently a white-knuckle thrill-ride as long as you judge it by the sport’s very, very low standards.

Fan Julian Cook said: “My heart’s racing, I barely slept last night, and I’m living from hole-to-hole. If you can’t get into this, I pity you.

“Yes, golf can often be restful. But this is end-to-end drama, as long as your idea of drama is a middle-aged man dressed for Casual Friday looking slightly put out as a ball rolls past a hole.

“If Roman gladiator fights happened in the modern age, they would be like this.”

Roofer Wayne Hayes said: “I bought into the hype. I tuned in expecting to see them racing in their carts, whacking wildly at each other with clubs, the lifeless body of Ian Poulter floating face-up in a water feature.