Northern couple on Tube don’t know how to get off

A HUSBAND and wife from Yorkshire have been stuck on the London underground for more than two weeks.

Tom and Helen Booker entered the series of tunnels at King’s Cross in a doomed attempt to get to Leicester Square.

Mr Booker said: “Why does it have to be so complicated? I’m fairly sure we’ve lost our reservation at the Aberdeen Angus Steak House by now.”

Mrs Booker added: “I told him we should have gone to Leeds. But here we are, starving to death in some kind of underground rat run.

“Could someone feed our cat?”

Government to struggle on without Duncan Smith’s warmth and charm 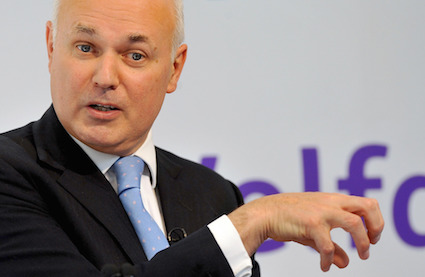 DAVID Cameron’s government is in crisis after losing its most popular member.

Senior Tories said the resignation of Iain Duncan Smith robs the government of a ‘genuinely nice man’ who the voters saw as a ‘personal friend’.

One source said: “He lights up a room with his smile. His body language is all about cuddles and people are just drawn to him instinctively. He was our greatest political asset.”

Staff at the Department for Work and Pensions sobbed uncontrollably as Duncan Smith announced his resignation. As he left the building members of the public offered him flowers and hugs.

Duncan Smith was Tory leader from 2001 to 2003 but resigned after he became so popular he feared he would create a personality cult that could undermine British democracy.

Voter Tom Logan said: “He’s a lovely bloke and I’m going to send him a nice card. I hope they don’t replace him with some creepy bastard.”