A MAN from Leeds came within a split second of putting a row of Xs at the bottom of a text message to a woman he likes.

Martin Bishop, from Roundhay, keyed in a row of three kisses and three hugs before deleting them and replacing them with a thumbs up symbol and a photo of a bulldog wearing sunglasses.

Bishop said: “I am angry and ashamed. I really wanted to send her some mark of affection but try as I might I just couldn’t make myself do it.

“If you are reading this Tracy, I am very sorry. I am just a frustrated prisoner of the rigid gender tropes of my culture.”

Professor Henry Brubaker, of the Institute for Studies, said: “For Northern men adding kisses at the end of letters, cards or other forms of communication is very much the Last Taboo.

“Though it makes no logical sense whatsoever, they can’t help feeling that openly expressing fondness for a member of the opposite sex is something you only do if you are gay.”

Professor Brubaker confirmed there was one known incident of male kiss usage north of the Humber. “In 2010 a man from Middlesbrough put a row of Xs and Os at the bottom of an email he wrote to a woman at work he fancied, but then he sent it to his mate Carl by mistake and he has never heard the end of it since.”

Woman not quite pregnant enough to deserve seat 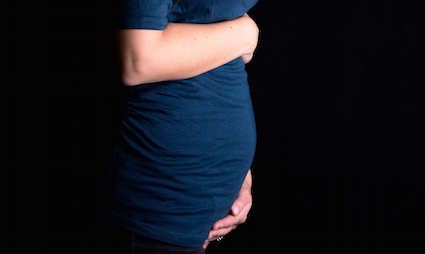 A WOMAN on the train is just not pregnant enough to oblige fellow passengers to offer her a seat, it has emerged.

The woman’s small but visible baby bump failed to impress the other occupants on the commuter train to Reading, who pointedly remained seated when she got on.

Stephen Malley, from Barnes, said: “I’m all in favour of giving up my seat to those who need it, but I reckon she was barely out of the first trimester.

“Come back when your water’s about to break, love, and then I might move. Anything else is just selfish.”

Carolyn Ryan, a civil servant, said: “If she was wearing one of those special dresses that screams ‘I’m about to drop one’, then I might have considered it. But she’s barely fatter than me, so she’ll just have to tough it out.”

Julian Cook added: “If she’s simply over-fond of pudding, then by standing up I would be rewarding her incontinent cravings.”

According to witnesses, all passengers assiduously avoided making eye contact with the pregnant woman until she finally got off at North Sheen, allowing them to relax and enjoy the rest of their journeys.