A FATHER Christmas in Preston has informed children that they are getting ‘sod all’ because they have been ‘bad little buggers’.

The Santa, whose grotto is in a shopping centre next to the disabled toilets, was exposed when a Southern seven-year-old visiting relatives was given the choice of a ‘clip round the ear’ or ‘shite in a bag’ for his grotto gift.

Carolyn Ryan of Kingston upon Thames said: “Archie went in all smiles, ready to ask for the PS4 with virtual reality headset that he’s decided he’d like this year.

“But he came out weeping, saying that Father Christmas had told him he was a ‘soft get’, that his Christmas dinner would be ‘shit with sugar on’, and that he’d be getting ‘nowt but a tangerine and be bloody glad for it’.

“We’ve had to take our Christmas tree down. It brings on his PTSD.”

Brother-in-law Alan Ryan of Preston said: “So wait, down south Santa Claus gives kids presents they’d like and isn’t allowed to use foul language or violence?

“Tragic. They’re losing out on that marvellous moment when they find out he’s not real.”

Queen's speech to highlight how much mad shit happened in 2016 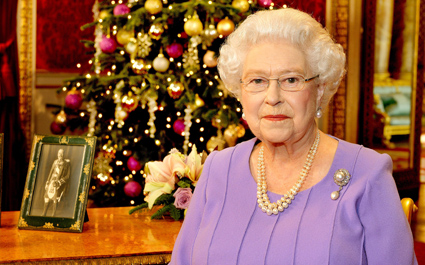 THE theme of the Queen’s Christmas message is how much mental shit has happened lately, it has been revealed.

A leaked copy of the annual address revealed the Queen’s shock at the death of David Bowie, and how that turned out to be not even the maddest thing by a long chalk.

The speech begins: “Unlike Keith Richards who looks like the withered scrotum of a long-dead elephant, I always thought Bowie looked great for his age.

“And Leonard Cohen. He was old like, but you don’t expect it, do you? Also Stone Temple Pilots front man Scott Weiland, he died.

“Then you’ve got Brexit, and Trump. If this keeps up it’ll be fucking aliens landing next year.”

A palace source said: “She was going to mention the death of Prince, but she thought Prince Philip might overhear and think it was him who’d died.”