VERY few people on Facebook are complaining about proposed new laws on pornography, it has emerged.

After the government announced a list of sex acts Britons will now longer be able to watch, social media users have unusually failed to make any sort of outcry.

Facebook user Susan Traherne said: “I don’t agree with what they’re proposing but there is no chance I’m going to go on Facebook and say that.

“I reckon I’ll post something about climate change instead.”

“If the government persists then I will chain myself to a sex shop in protest. I’ll be able to get the handcuffs and chains there as well.” 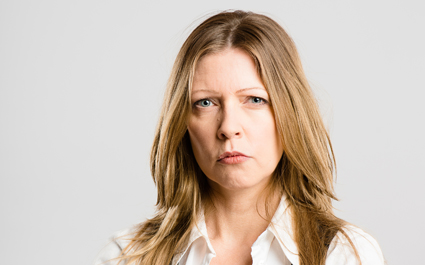 MUMS are treating the fairly cold weather as if it were lethal radiation, it has been confirmed.

Mothers have confirmed that anyone who goes outside for prolonged periods without numerous protective layers is doomed, as they would be in the aftermath of a nuclear incident.

Sixth-former Nikki Hollis said: “I’m only going half a mile to school, but from my mum’s 10-minute interrogation you’d think I was about to open the airlock of a bunker and step into the radioactive wasteland.

“We have these bizarre ‘negotiations’ where she makes me put on more clothes. Today I had the choice of sweating like a pig in my big winter jacket or looking like a knob in my old Snoopy bobble hat.

“Whenever we’re outside she thinks it’s a race against time to get back indoors to safety.”

Hollis’s mother Emma Bradford said: “It sounds silly but I bought some surplus US army radiation suits on the internet and sewed fleecy linings into them.”