NON-RESIDENTS of Notting Hill are looking forward to this year’s chance to destroy the affluent London borough with impunity.

Thousands will flock to this weekend’s carnival to throw cans of Red Stripe at oligarchs and vomit in Richard Curtis’s garden without any fear of being arrested.

Wayne Hayes said: “I’ll never be rich enough to live in Notting Hill, so ruining it for the people who live there is the next best thing.

“It’s great to combine my love of Caribbean culture with my fondness for overpriced fast food, taunting police officers and smashing shop windows.”

Meanwhile, residents of Notting Hill are packing Dom Perignon for their annual excursion to Brixton, where they will paint the doors of residents’ houses in Farrow & Ball colours.

It's okay, I've brought my own flamethrower, says Balotelli 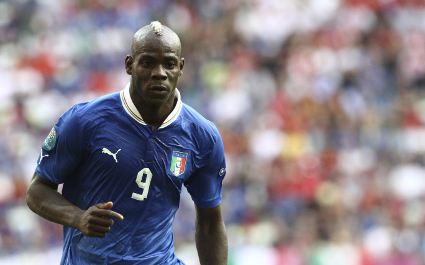 MARIO Balotelli has assured the Liverpool management that he has all the equipment he needs.

The Italian striker said he was delighted with his £16m move to Anfield and looked forward to combining his love of flamethrowers with whatever the Liverpool fans would like him to set on fire.

Manager Brendan Rodgers said: “We have no chance of winning the league so this will at least help the season to fly by.

“It was very difficult dealing with Luis Suarez last year, so I was relieved and happy when Mario said that at some point he is going to need a horse. I’ve said I’ll think about it.”

Balotelli will be unveiled at Anfield later today and will then give the fans a demonstration in the ‘art of flamethrowing’.

The striker added: “It didn’t come with instructions.”