A MIDDLE-AGED visionary has launched an offline service called ‘pub’, which allows friends to interact in a building.

He said: “There’s Steak Night on Tuesdays and a ska band every third Friday. Hopefully we’re getting the toilets done next month because they’re a bit grim at the moment.”

“It’s an amazing platform for trumpeting my half-baked politics and making vague statements about being unhappy so my friends feel obliged to pay me some attention.

“Often I’ll say something and a total stranger will chime in with a comment like ‘Why don’t you crawl under a rock and die, you ugly bitch?’ So it’s not scarily different to the internet.”

However police have warned about the potential dangers of ‘pub’: “People in ‘pub’ aren’t always who they seem to be. A middle-aged man could claim to be a small girl. Stay alert, use your eyes.” 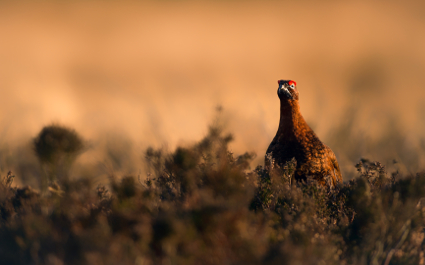 THE SNP is to provide all grouse with sidearms and training before the start of shooting season.

More than half a million grouse around the Highlands will be given specially adapted automatic handguns and a crash course in target shooting in the month-and-a-half before the Glorious Twelfth.

Selected grouse will also be given flags bearing the image of their venerated leader, the Famous Grouse, with which they can claim territory if they manage to beat their foe.

Gamekeeper Bill McKay said: “Grouse are very, very stupid, prone to panicking and flapping around wildly and should ordinarily never be given guns.

“On the other hand, they’re facing off against wealthy idiots intoxicated on single malt and the correct wearing of tweed.

“The blood of man and grouse will soak the heather together, but it’s anyone’s guess who will win.”

If the scheme is a success, the Scottish Assembly plans to provide salmon with auto-targeting harpoon guns.