BOY racers have confirmed that they drive fairly old hatchbacks because they prefer them to supercars.

Young male car enthusiasts believe that with the right handling a mid-00s Nissan Micra or Fiat Uno can deliver just as much punch as a Lamborghini.

Plumbing student Tom Booker said: “People assume that I drive a 2001 Fiesta because it’s the cheapest car that you can buy a spoiler for. Actually though I prefer its solid, noble looks to those of ugly Italian sports cars which I could probably afford if I really wanted one.

“I don’t need a Porsche Spyder to overtake people, I can do that by ignoring the speed limits in 30mph zones.”

Sales administrator Roy Hobbs said: “A McLaren P1 might be nice, but £800,000 is a lot of money when my Honda Civic is perfectly good for doing handbrake turns in empty car parks.

“Also I listen to deafening dubstep all the time which makes all driving exciting, even if you’re just going to get some bread for your mum.

“I have wondered why I don’t meet any women like the ones in the Fast and Furious films, but I probably just need to practise my wheelspins.”

Futsal player talking about it as if it’s normal 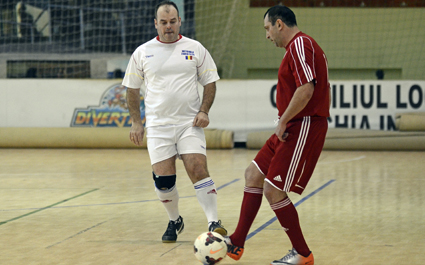 A MAN has been casually mentioning his futsal league to confused colleagues.

When asked about his plans for next week, Tom Logan repeatedly made reference to what he stressed was an important futsal fixture without offering any explanation of what futsal is and why he would be involved in it.

Wayne Hayes said: “I always presumed Tom spoke with a bit of a lisp and was talking about football, but it seems there’s something called futsal that he does fairly frequently.

“He talks about futsal as if it’s the most natural thing in the world when any normal person would believe it to be a sort of anti-fungal product.

Workmate Emma Bradford said: “He told me he plays for England, but if that’s the case then why does he work in our office and still bring a packed lunch in with him?”