AS the rancid truth about Britain’s puppet-masters continues to unravel, a country once sedated by telly and shiny things has become almost vaguely interested.

With planes grounded at Heathrow as the swirling media shit-storm blackens UK skies, last night’s round of Murdoch-centric revelations included the insertion of recording devices into Gordon Brown’s favourite labrador and even alleged attempts to exchange money with police on the misguided basis that they might know what’s going on crimewise.

Formerly-dopey Britons have reacted with very moderate anger after discovering that they were being manipulated by a cabal of nicotine-stained tentacled freaks and smooth-palmed sleazebags who had turned the country into a paranoid dystopia like something out of an Alan Moore comic, but weirder.

Father-of-two Tom Logan, from Swindon, said: “I opened my newspaper this morning and there’s yet more of Murdoch’s dreadful misdeeds. Terrible. Taking up a whole page where there’s usually a picture of a woman’s arse.

“When I’m eating my Oatibix I want to see Cameron Diaz in a bikini bending over a sandcastle, not an elderly Australian who looks like a golem made of curdled milk.

“We’ve got to reclaim the media’s allocated boob-and-arse space somehow, even if it means taking a vague moral stance on something.”

Marketing manager Emma Bradford said: “There’s one single massive question to which we as a people must demand an answer – is this going to break the telly?

“Because if the glass shit-teat stops working, I’m on for some serious destruction of property.”

36-year-old Stephen Malley said: “It seems like there’s corruption at every level of our society. This isn’t what I voted for.

“Or at least it wouldn’t have been had I voted, which I didn’t. But I definitely will next time, because by the time that rolls around you’ll be able to do it on the telly.”

Meanwhile, Murdoch was pictured yesterday in his PE kit leaving a place with someone described repeatedly as his ‘blonde personal trainer’.

Media analyst Nikki Hollis said: “If she was described as ‘brown-haired’ then the level of detail would simply be mystifying. However in newspaper language it’s well established that the word ‘blonde’ is a clever euphemism for ‘sex person’.

“In this example the implication is repulsive on two levels.”

Hugh Grant getting laid every night for the foreseeable future 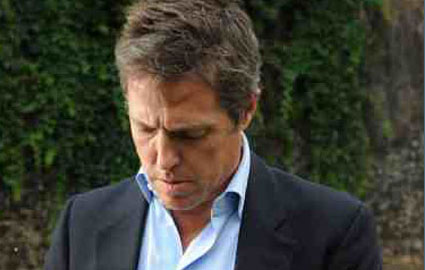