Opinions About House Prices Bounce Back

THE number of people with something to say about house prices rose by 15% in July, according to a report by the Institute of Chartered House Price Opinion Surveyors.

According to the report the most popular opinion about house prices is still 'of course, it was bound to happen', said in a knowing tone by someone with £250,000 worth of negative equity.

But running a close second is 'property will always be a good investment', currently being offered by some fucker sipping Chablis who has decided it is okay to start sounding smug again.

House price opinion consultant Peter Stamp said: "This is welcome news but we do really need some new points of view if the house opinion market is going return to 2008's pinnacle of meaningless bullshit and wishful thinking.

"Personally I'd like to see more people saying things like 'the way forward is to buy bungalows made of pork', or 'I think prices are driven by the mating habits of cockles'."

He added: "It's these kind of fresh perspectives which, while still total bullshit, are slightly less face-meltingly tedious than the current offerings being touted at semi-ironic North London fondue parties."

But despite the encouraging figures, many would-be first-time house price opinion holders believe the government should do more to help them onto the first rung of the property opinion ladder.

"Unfortunately my bank manager said I don't earn enough to qualify for a valid opinion." 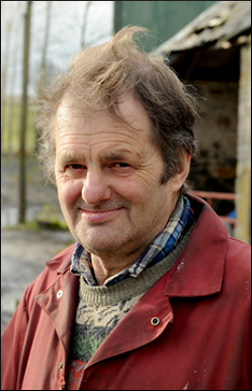 A NEW strain of genetically modified wheat can strangle crows and then harvest itself into a bowl of Cheerios, the environment secretary Hilary Benn has claimed.

Mr Benn said rapid advances in GM technology will help to make the UK more resistant to food imports, including a variety of armoured British potatoes that are able to launch themselves against foreign vessels carrying out of season mange tout.

He added: "Imagine a world where vegetables stacked themselves neatly in trucks without scary-mouthed in-breds smearing their shit-caked, thumbless hands all over them and demanding a subsidy so they can upgrade their Range Rover."

But anti-GM protester Charlie Reeves insisted: "Mother Nature should not be tampered with because a GM savoy cabbage could easily cross-pollinate with our genes and turn everyone all leafy. Admittedly science is not my strong point."

An ageing population and the drive for food self-sufficiency is also behind Mr Benn's latest scheme, provisionally titled 'Solent Green'.

Pensioners are already being shipped to the Isle of Wight to work in newly-erected food processing plants, which will begin producing green, sinewy, protein-filled biscuits by the end of the year.

Sandown resident, Nikki Hollis, said: "They come over on the ferry in grey-haired droves, but never leave. When I mentioned it in the pub, everyone just went quiet. Like when young Tom said he saw a 'motor car' in London."