PEOPLE who identify as optimists are 100 percent more likely to be unbearable company, a study has shown.

The study discovered that absolutely nobody enjoys being told that ‘everything happens for a reason’ and the person saying it is either insane or deeply unpleasant.

Dr Sarah Bauer said: “We also found that 90% of optimists have been given a ‘good thumping’ at some point in their life. It was the optimists themselves who described the thumpings as ‘good’.”

Tim Morton, an optimist, said: “I’m surprised by these findings, as I was under the impression that everyone loved us and our natural ability to spread cheer.

“Maybe I’m not everyone’s cup of tea. That’s OK, you can’t please everybody.

“I’m not going to change who I am, though. I like to see the good in things. Like when my friend’s dog died; what’s a dead dog if not the perfect opportunity to get a new puppy?”

It’s not a takeaway when we do it, say middle class people 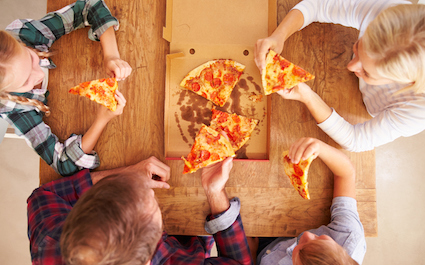 THE middle classes have confirmed that they do not eat takeaways, even when buying food at an establishment and removing it to consume elsewhere.

Responding to concerns that the increase in fast food shops is fuelling an obesity epidemic, middle class people have explained that the Thai, Korean and street food outlets near them are different because they are fancier.

Museum curator Helen Archer said: “The news about these awful diets is so sad. I’m just glad it’s something that I’m able to avoid.

“I’m super busy so I’m always on Deliveroo – usually Szechuan, pan-Indian, or Five Guys – but it’s not really comparable, because when it arrives I put it on plates.

“It’s a simple matter of making healthy choices. Why let your children go to Pizza Hut when Pizza Express is available, and their pizzas have Italian names?

“I suppose there are surface similarities, but it’s like saying our summer travels around Moorish Andalucia are like a package holiday in Spain. Not the same thing at all.”

Archer also confirmed she has banned unhealthy crisps and fizzy pop from her home in favour of vegetable chips and smoothies which contain the exact same amount of salt and sugar but incur considerably less judgement.