PARENTS who experienced rave culture are concerned about their children’s low intake of Class A drugs.

As figures show a gradual fall in drug consumption among 16-24 year olds, former raver parents are worried that their offspring will never experience getting ‘on one’.

“I’ve even put MDMA in his tea but he won’t drink it because it smells funny.

“I’ve explained to my kids how fucking amazing this was but they look at me like I’m an idiot.”

17-year-old Peter Logan said: “I don’t know what ‘M25 orbital parties’ or ‘mental gurners’ are and I don’t care. I’m going to work hard at school, get a good job and there’s nothing my dad can do to stop me.”

Britain to put more angry old Scotsmen on the radio 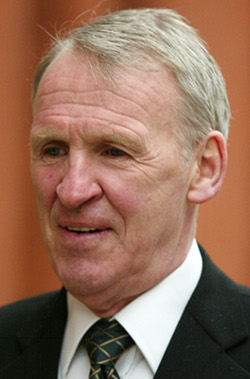 RADIO stations are to contact old Scottish men and get them confused and angry, live on air.

With 5 Live pundit Paddy Crerand hurtling towards a Bafta, stations are now making lists of elderly men in the Glasgow area and the things that get them all worked up.

Earlier today Bill MacKay, a retired plumber, was phoned by the Sound FM breakfast show and asked if he thought the fan that threw a coin at Rio Ferdinand was a racist.

He replied:  “Who said coins were racist? How many people said that two pence pieces are racist?”

His voice rising, he added: “Now hang on a wee minute, I asked you a question. How many people said two pence pieces were racist? You don’t know do you? Racist coins? That’s the stupidest thing I’ve ever heard.”

A spokesman said: “We like to phone them just as they are waking up and are particularly furious and incoherent. It’s what radio was invented for.”

“I have a podcast of 18 them telling Gary Lineker to stop claiming that he played for Brazil.”