LOCAL council chief Tom Logan has responded to criticism of his immense salary by confirming he is one lucky mediocre bastard.

Logan gets paid over £200,000 per year to make sure everyone’s bins get collected, plus regular massive bonuses just for sticking around.

He said: “Nobody is more shocked by what I earn than me. I wasn’t even clever at school.

“I am responsible for things like the running of buses, which was set up decades ago. All they do is drive around in circles picking people up, so that’s pretty well sorted.

“I would expect to get paid £45k at a push, but they keep ladling on the cash and I am certainly not complaining.

“Just for a laugh I asked to have a Bentley for my work car. The next day it turned up, which believe me is the fastest a thing has ever happened in council-land.

“It has lovely leather seats and a special holder for my drink that pops out with a swoosh sound.

“I have six special Starbucks coffees a day because fuck it why not.”

Logan added that he also has a big house with a kitchen all made from the special wood that his wife wanted. 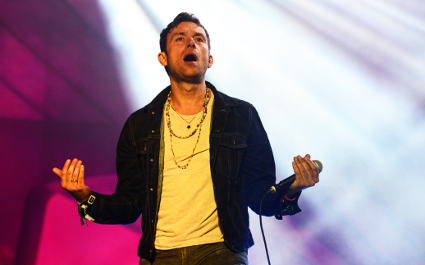 THE UK is locked in argument about who was the first person to realise that Blur were the most loathsome band ever.

The despised band’s announcement of a new album has millions rowing about the age, depth and intensity of their hatred.

Joseph Turner of Reading said: “My mate Steve says they made him sick to his stomach since Country House when I know for a fact he bought The Great Escape, which makes him almost as bad as them.

“Not as bad as cheesemaking coke-chops Alex James, obviously, but as bad as that dick of a drummer who keeps standing as a Labour MP.”

Helen Archer of Manchester said: “Their name has been a curseword in the North ever since Britpop, but I’m proud to say I smashed a vinyl copy of Modern Life Is Rubbish way back in 1993.

“I actually took a bottle of piss to a gig the year before that had Damon’s name all over it, but Suede played first and it was like my throwing arm had a life of its own.”

Blur guitarist Graham Coxon said: “Modern Life Is Rubbish? Pah. I’ve detested this group, and the very experience of being in it, since There’s No Other Way.

“I only agreed to form it in the first place to make us so famous that everyone in the world would hate Damon as much as I do.