Paid Sterilisation Extended To People Who Still Like Glee

A PROGRAMME of paid sterilisation is to be extended to people who are still watching Glee.

A charity which gives drug addicts Â£200 to have a vasectomy or hysterectomy now wants to offer money to people who think the US show is cool and original instead of being exactly the same as High School Musical.

A spokesman for Project Prevention said: “Every day we get letters from concerned citizens warning of the dire social consequences that will be caused by a generation of Glee babies.

“Our streets will be swamped with millions of people claiming that something is not a just another fucking soap opera when that is obviously what it is.

“And I speak as someone who enjoyed the first couple of episodes – especially the bit where the gay one sings BeyoncÃ© and then kicks the football.

“But I soon realised that beneath the surface there is just layers and layers of surface. I don’t even think the nasty PE teacher should be given her own show. There, I fucking said it.”

Tom Logan, a self-taught expert on human sterilisation from Peterborough, said: “I would have done the Glee-watchers before the drug addicts, but both of them provide an excellent jumping off point.

“I could give a long list of who’s next but to save us all a bit of time let’s just say the list is comprehensive and includes you, whoever you happen to be.

“And in case you’re wondering, it also includes me, given that I am just an angry little man who can’t handle his booze and whose genes must be stopped dead in their tracks.

“And while I do think that it’s rather sweet to offer money, I feel that my method of marching huge columns of human filth into clinics at gunpoint will get the job done with just that little bit more urgency.

“If it makes them feel more comfortable they could watch an episode of Glee or Grey’s Anatomy or even Masterchef while an under-qualified Polish doctor sets about their reproductive area with a rotary hand-whisk.”

He added: “Don’t look at me like that. You’re all thinking it but because I actually came out and said it, that somehow makes me the bad guy?

William Hints At A 2011 Royal Dumping 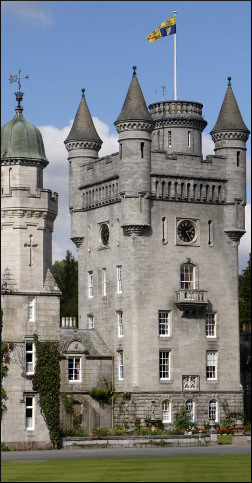 PRINCE William has fuelled speculation that an official Royal dumping could come as early as next February.

Insiders say preparations are already being made for a formal termination in the likely setting of the Prince’s RAF accommodation. The discussion should begin after an unusually quiet Pot Noodle, probably during Merlin.

Royal pundit Julian Cook said: “It seems the groundwork has been laid, but given that Kate is supposed to be coming to his for Christmas and has already bought him a present that was well beyond her means, he’s probably going to postpone the actual ‘coup de grace’ for at least a month.”

He added: “Prince Charles has given his blessing. He is not at all fond of Kate and thinks she is a really appalling girl who will make an excellent addition to some ghastly middle class family who think Pizza Expres is a restaurant.”

Style expert Emma Bradford speculated on what Kate might wear for the dumping: “Given that it’ll probably be a surprise, I’m guessing something casual. Jeans and a jumper, maybe even an old shirt of William’s for extra poignancy.”

Rumours of the forthcoming separation have prompted manufacturers of royal ephemera to start work on related merchandise.

Trinket maker Roy Hobbs said: “We’ve done a commemorative mousemat with a hologram on it. At first you see the couple in a tender embrace, and then when you tilt it back a bit Kate is crying and William is waving to her as he drives away in an open topped sports car with a heavily-titted blonde girl in the passenger seat.”

He added: “There will also be a ceramic garden water feature in the shape of Kate’s head, where the ‘tears’ create a double waterfall effect.”