PARENTS have been given end-of-term gifts of wine and chocolates by teachers to show their gratitude for parents having done their jobs for free since March.

Maths teacher Helen Archer said: “We had a whip-round and bought all the parents who’ve actually bothered with homeschooling a few little tokens. Well it’s the least we could do.

“Parents do much for us, every day. Such valuable work! Well, in this case, all our work, unpaid. Plus all their work. Mums only, of course. Dads have been largely exempt.

“We’ve been thinking of them all and what they’ve gone through so much. Imagine trying to get Felix to understand fractions without even a pay cheque at the end of the month.

“We did do school reports recently but they were basically the written equivalent of a shrug. We can’t even remember who the kids are. They’re basically just short blobs with rucksacks.

“Anyway, I’ve bought each of the parents a box of Ferrero Rocher. It’s a small gesture of appreciation for what they’ve done these last few months while most of us have been off work on full pay.”

Mother-of-three Joanna Kramer said: “I’ve been given four bottles of wine and I’m drinking them all tonight. Is this what being a teacher’s like?” 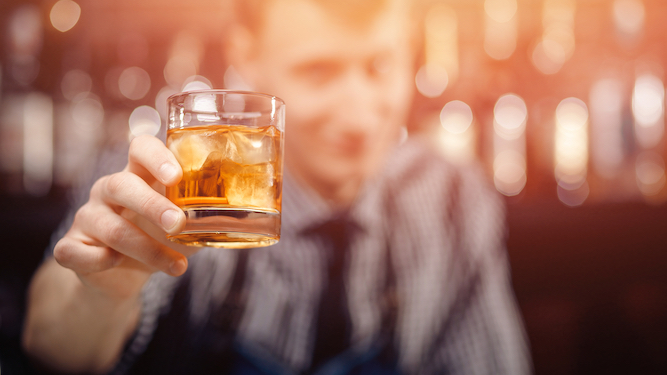 BRITONS returning to pubs after months of drinking at home have been shocked at the cost of what they consider a single measure.

Punters asking for something they can feel behind the eyes, for Christ’s sake, have been shocked to hand over £40 for one drink and receive loose change in return.

Joe Turner visited his local and after the first drink, which he took back because he thought it was only Coke, asked the barman to ‘tip the bottle a bit’ and was billed £36.20.

He said: “Admittedly I have developed a bit of a taste for neat vodka, but even when I ordered a double it was basically an empty glass with a stain at the bottom.

“I showed him what a proper measure was – he was only young – and he goes to the till and it comes up as nigh-on 40 quid. My week’s drinking budget gone in two swallows.”

Landlord Tom Logan said: “We understand that some of our customers have become used to measures of spirits that don’t look like they’ve been squeezed out of an eye dropper.

“We are happy to oblige customers, however, with a range of payment plans for larger measures including the option of paying over 12 months.”