PEOPLE who dress their infant children in designer clothes are unimaginably awful, it has been confirmed.

Researchers at the Institute for Studies found that parents who want their kids to look ‘stylish’ are vain, stupid idiots using their offspring as adverts for their pathetically shallow values.

Professor Henry Brubaker said: “Children get covered in shit, and are also constantly changing in size, so any sensible person will put them in practical clothes, perhaps choosing a jumper on the basis that it has a picture of a tractor, dinosaur or some other thing that they like on it.

“If you’re spending money on tiny Nike Air trainers or suit jackets from ‘Maison Du Infants’ then clearly you want to take a long hard look at yourself.”

Parent Mary Fisher said: “I dress my children like rappers because I am a superficial person who cares more about appearances than I do about tainting the innocence of childhood with vacuous ego-fuelled consumerism.

“But at least I’m honest about it.”

Jeremy Corbyn's cat to be deported for not learning English 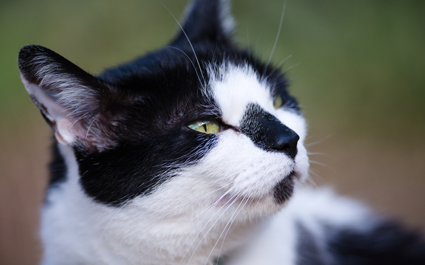 JEREMY Corbyn’s cat is under threat of deportation for only answering to ‘El Gato’.

The black-and-white cat refuses to answer to anything but the Spanish term for ‘the cat’, despite having been resident in the UK for more than six years.

Neighbour Eleanor Shaw said: “When it’s defecating in my garden it never responds to the plain and simple English phrase ‘fuck off’. I have to shout ‘vamos’.

“It’s made no effort to integrate with the other cats in the community, preferring to engage in territorial warfare so that it can build some sort of fundamentalist foreign cat terror state.

“Doesn’t turn his nose up at good old British Whiskas though. Oh no, he’ll have that for free.”

The prime minister said: “‘El Gato’, who sounds like a drug kingpin, has nothing but contempt for British culture.

“He will be deported within the next six months unless he learns enough English to work driving an Uber.”