ELDERLY people cannot say chorizo without inserting a ‘t’ sound, it has emerged.

New research claims the spicy sausage has become part of the UK’s staple diet. However people over 60 still insist it is called ‘choritzo’.

67-year-old Mary Fisher said: “I love a bit of choritzo. We have it on our pitzas when we go to Pitza Express.”

Pronunciation expert Tom Booker said: “There’s no point in telling them. Just go with it.” 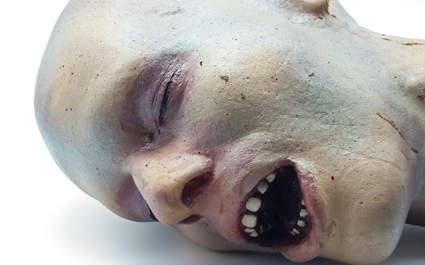 A SEVERED head has been kicked around the Queen’s lawn to celebrate 150 years of football.

Two teams of teenagers punted the battered human head around the grounds of Buckingham Palace in a historically-accurate recreation of sport’s genesis.

Footballologist Wayne Hayes said: “‘Football began a century and a half ago, when a potato thief was captured by angry villagers and summarily beheaded.

“The killers thought it would be fun to kick the head around for a bit. Soon an area between two mules was designated ‘the goal’ and an unruly mob gathered to watch.

“In some areas of the far North a severed head is still used instead of a ball.”