THE act of shedding tears has been made emotionally meaningless by The X Factor.

The show’s over-exploitation of visible despair has disabled the sympathetic response formerly evoked by seeing a crying person.

Psychologist Emma Bradford said: “As a race we have always felt pity towards those weeping, assuming they were experiencing some genuine suffering.

“Now though we believe it’s either a devious ploy to avoid disappointment, or that the tearful person has been thwarted in their quest for fame.”

Plasterer Bill McKay said: “The wife was sobbing because her nan died. All I felt was mild annoyance and the urge to make withering comments from the sofa while eating crisps.

“I realised then that I had been conditioned. But I still couldn’t bring myself to hug her, instead I just went for a walk.”

Joanne Kramer of Cardiff agreed: When my home was hit by a lorry, I threw myself on the floor, weeping and saying No, please no, while curled up into a ball.

Passers-by commented Aw, look at the baby, Was the nasty judge mean to you? and Was it your dream? Was it your dreeeeeem?.

“I wanted to explain that I was legitimately sad but I couldn’t, because I was crying too hard.” 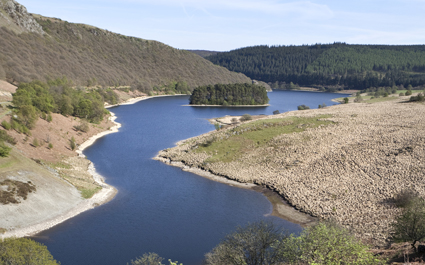 THE UN has given people who do not like capitalism the option to try something else instead.

Anyone making the decision not to bother with earning money will be given basic food and shelter but will not be allowed to wear branded jeans or watch telly with adverts in.

An area the size of Wales, sited in the area formerly known as Wales, has been cleared and will become home for the millions expected to opt out of the work-consume-die cycle.

Network engineer Tom Booker said: “It was after the hugely expensive holiday that didn’t begin to heal the stress of working for it all year that I decided to leave the system.

“You have to hand in your iPhone and you get these grey robes and some food and drink with generic stickers.

“We all have to help make dinner and tidy up, but apart from that we just hang out and talk about how we hated having jobs.”

Up to 79 per cent of the global workforce is expected to opt out, though the UN faces a legal challenge from leading capitalists who are belatedly realising that perhaps they should not have been so obnoxious.