ENGLAND fans are celebrating a new hero who they can place all their hopes in before being painfully disappointed.

18-year-old Adnan Januzaj, who scored an incredible two goals against bottom-of-the-table Sunderland on Saturday, has been instantly anointed as the star who won’t take England all the way in Brazil next year.

England fan Stephen Malley, who has a misspelling of the player’s name tattooed across his back in gothic script, said: “Weve found the man who can hype us into a nationalistic frenzy before breaking his metatarsal in a warm-up.

Like Beckham and Theo Walcott before him, this kids got what it takes to go from hero to national hate figure in one penalty miss.

England manager Roy Hodgson is cautiously interested in Januzaj, but plans to pick a squad with proven experience of completely bottling it on a world stage for Brazil.

He said: With players like Wayne Rooney, whose record of dragging a team down is second to none, or with Steven Gerrards reputation for coming into a struggling game and handing it to our opponents, theres no need to rush Adnan.

Besides, he could yet choose to underachieve with the Belgian national side, to frustrate with Croatia, or to crash and burn with the acknowledged masters, Scotland.

Either way, Januzaj needs a lot more experience of losing games before hes ready. I cant risk a player who could carelessly win games and spoil the cherished dream of failure in every Englishmans heart.

'British FBI' to focus on the paranormal 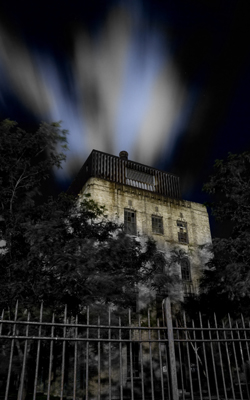 A NEW body styled as the UK’s FBI will focus on werewolves, ghosts and other aspects of the supernatural.

The home secretary has described the NCA – Nightmare Creatures Association – as Britain’s first line of defence against monsters.

Theresa May said: “Statistics show that only a relatively small proportion of the UK is worried about crime, while 91% of people are scared of ghosts.

“Personally I am terrified of witches. I often wake up at night because of noises in the house.

“I expect that if I went downstairs I would see a witch sitting in my rocking chair, nursing her half-pig witch baby. As I enter the kitchen the witch would look up and make a slurpy sound.

“Of course I don’t get up. I pull the covers up over my head.”

May said UFOs would be a particular priority: “You should see some of the evidence. I’ve seen a letter by this woman from Reading, its got some alien hair Sellotaped to it.

“Aliens got in her house and made her cut their hair. But at the time there was no government agency to properly investigate and she was sectioned.”

Plumber Tom Logan said: “This has great entertainment value, plus I’ve always worried there was someone or something under my bed, wanting to steal my identity.

“And I’m not speaking metaphorically. Once I saw a clawed hand sticking out.”