People enjoying themselves really ruining it for everyone

A GROUP talking and laughing in a restaurant is making everyone else’s meal a living hell, it has emerged.

Mary Archer and her husband Martin took their grown-up children out for a meal and antagonised everyone around them with their happy and upbeat behaviour.

Fellow diner Susan Traherne said: “It was clear from the moment they arrived that they were one of those wholesome freak families who actually enjoy each other’s company.

“They broke into gales of laughter the second they sat down and just didn’t shut up, like they were Italians or something. I was trying to have an anniversary meal with my boyfriend and their lively banter made our stilted exchanges all the more awkward.

“They didn’t seem to realise that the standard way for families to share a meal is with very long silences where everyone desperately tries to think of something to say and ends up commenting on the cutlery.”

She added: “Maybe they’re laughing at us. Oh God they are, I know it, the bastards.” 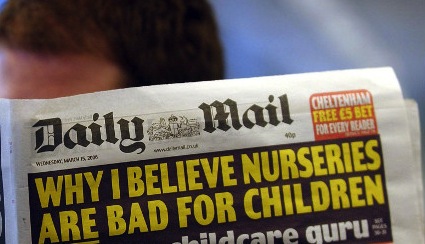 THE Daily Mail will never, under any circumstances, be happy, it has been confirmed.

The report from the Institute of Studies found that even if every member of staff at the newspaper won the lottery on the same day it would still be a cold and depressing place to be.

Daily Mail journalist Julian Cook said: “I didn’t get into journalism to be in the happy business.

“I’m here to tell it how it is. And if that happens to be depressing and unsubstantiated then so be it.

“It is so very chilly in our office. The atmosphere is bleak and forbidding, like a Victorian orphanage but without the element of hope.”

He added: “This Sunday there is a free packet of seeds for every reader.”