EXPERTS have dismissed a survey naming Harrogate as the happiest town in Britain.

They have suggested that those who took part in the survey had either set the happiness bar very low or were of unsound mind.

Norman Steele, a leading critic of the survey, said: “Imagine a town built entirely of papier mache made from pulped copies of the Daily Mail.

“It is the sort of place where people visit WH Smiths at the weekend because there’s nothing better to do once they’ve dusted their Charles and Diana wedding mugs.”

He added: “I went to a pub and asked for vodka and orange. They served it with orange squash.

Steele said: “Dagenham came bottom of the list. But in Dagenham you can bask in a warm sense of achievement if you get through the day without being chased by a gang of children.” 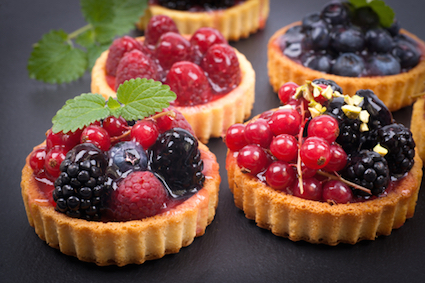 DOZENS of elderly woman have been arrested after a flurry of bets on the same contestant in The Great British Bake-Off.

Amid claims the name of the winner had been leaked, police raided addresses across the country, recovering hundreds of betting slips and confiscating computers that have probably never been used.

Detective Inspector Martin Bishop said: “This has the hallmarks of a highly organised effort by the sort of vicious, scheming old women with whom all of us are extremely familiar.”

Bookmakers have now stopped taking bets on the programme after being reminded that it was actually filmed months ago and has already been won.

Meanwhile Eleanor Shaw, vice-chair of the Women’s Institute, dismissed the allegations, adding: “The idea that a group of retired ladies would be involved in a betting scam is preposterous. Particularly as the big, Hong Kong-based syndicates will come down on you like a ton of shit.

“We watch the Bake-Off for our love of cake and sexual innuendo.”