Pet snakes 'a cry for help'

ANYONE who owns a pet snake is secretly begging for someone to stop them, psychologists have agreed.

Snakes, which do none of the things a pet does but can kill you, are usually kept by men who own leather trousers, decorate their homes with skulls and really just want to be married with kids.

Dr Mary Fisher explained: “Snakes spend 22 hours a day motionless and largely invisible at the back of their tank.

You can’t stroke them, take them for walks, dress them in cute hats or do any of the other things that let us pretend pets aren’t just our captives.

The only reason to keep a snake is so people think you’re hard. But they won’t. They’ll just think ‘That guy’s so sad he has a pet snake.’

“The only exceptions to the rule are strippers, who need snakes for Double Shots Thursdays, and manufacturers of draft excluders who need live models.”

Wayne Hayes, who owns two pythons called Bastard and Other Bastard, said: I open their tanks so they can entwine about my body, making me feel like an evil god, but instead they just go under the radiator.

“I pretend they have distinct personalities but really the only difference is that one blinks slightly more than the other.

Though I do find the frozen mice I keep in for them make a fantastic post-pub fry-up. 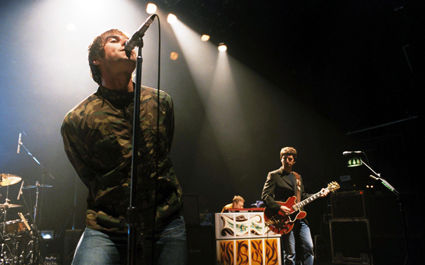 REPRESENTATIVES of the 1990s are to make a public gesture of atonement for the appalling legacy of Britpop.

At a special ceremony outside the Good Mixer Pub in Camden, where many of the worst Britpop crimes were hatched and plotted, musicians and tastemakers will lay flowers and offer words of contrition.

Former Select magazine writer Wayne Hayes said: “People today can’t imagine how we were bedazzled by a figure like Liam Gallagher but when he promised we could live forever in a permanent 1966, we believed him.

“And now Britpop’s musical aftermath is a ruined, barren, grey wilderness, in which nothing can thrive except the Arctic Monkeys, Kasabian and Calvin Harris.”

Bassist Nikki Hollis, who can’t remember the name of the band she was in but they once supported Sleeper, said: “Tony Blair, Jamie Oliver, Chris Evans, FHM, an ongoing cottage industry of nostalgia television, ‘foodie’ festivals. That is our legacy and we must live with it every day.”

Tom Booker, an ex-NME journalist, explained why he awarded five stars to the last four Oasis albums: “We were only obeying orders.

“I was secretly into hip hop at the time. But I had a wife and children to feed, so when Be Here Now landed on my desk I did what I had to do.”