THE arrival of a ping pong table at a Tottenham youth club has prevented another summer of urban riots, it has emerged.

The table, which came with balls, net and four bats, is thought to represent the tipping point between the area’s youth being bored and being inspired.

Nothing seemed to engage them and I felt we were headed inexorably towards another summer of violence, at least soon as the weather improved.

Then the ping pong table arrived.

Suddenly crews from other post codes with a longstanding history of ‘beef’ were coming over, bringing their own bats in little zip-up cases.”

Local teenager Norman Steele said: When I’m playing ping pong, it’s like I forget about all my problems. I’m in another place, like a ping-pong planet.

Round here, young people feel like theyve been abandoned by the rest of society, a problem I addressed in my own small way last year by stealing 200 AA batteries from Rymans then setting fire to it.

But now I’ve stopped listening to grime and my role models are ping pong players like China’s Liqin Wang and the German Timo Boll. 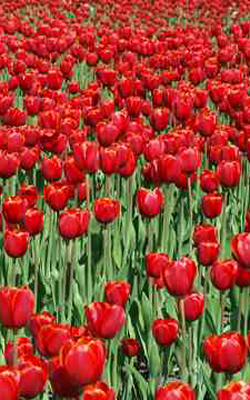 SAVERS in Britain, Germany and France are taking their funds out of the banking system and putting them into tulip bulbs.

Discredited as an investment opportunity after they destroyed the Dutch economy in the 17th century, the bulbs are now seen as more secure assets than bank shares, government bonds, or limited-edition Star Wars Lego.

Analysts believe that the new outbreak of tulip mania is a bubble, but admit they are hard-pressed to recommend something that isnt.

Also tulip bulbs do eventually turn into flowers, which is more than can be said for shares in Facebook.

Since the new tulip mania began, however, Ive managed to secure a loan of £120,000 on the contents of my potting shed.

Other investments including comics with shiny hologram covers, ‘limited edition’ yoghurts and the sought-after Peanut Butter Kit Kat Chunky are now thought to bring higher returns than high street banks, which rank the same as putting your money in a bottle, throwing it in the ocean and taking up deep-sea fishing.

However trading in the new Barclays EasyBulb scheme, launched to help ordinary investors get into the tulip market, has been suspended after numerous customers reported bulbs that looked and smelled suspiciously like onions.