THE Association of Chief Police Officers has been criticised for a radio advert which encouraged neighbours to report single, permanently hungover young men who live knee-deep in their own filth.

The commercial, banned by the Advertising Standards Authority, warned people to be on the look out for men who keep to themselves, use cash instead of cards and always have their curtains closed

But Professor Henry Brubaker, of the Institute for Studies, said: “Yeah, that’s a bloke in his mid to late 20s.

“He doesn’t talk to you because he has a bastard hangover and in any case finds you quite stunningly tedious and the last thing he wants to do is waste valuable sofa time by subjecting himself to your twice daily bulletin of dreary gossip and racism.

“And he keeps his curtains closed, not because he’s building a bomb, but as a favour to you so that when you walk past his house you don’t have to see him touching himself – or for that matter the piles of moulding detritus that are accumulating in his living room and, sitting in the middle of the coffee table, what may actually be a human turd.

“Let me assure you, when you wake up on the sofa in the middle of the night, in that awful, nauseating limbo between still-drunk and hungover, your toilet may as well be on the dark side of the moon.

“Plus, there’s probably a really bad glare on the telly.”

Professor Brubaker added: “You don’t need to report him to the police, you need to get him a girlfriend.”

Dawkins tight-lipped on existence of fairies 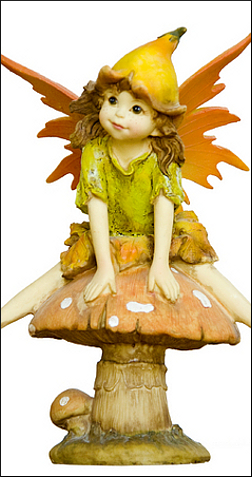 RICHARD Dawkins was last night remaining tight-lipped on the issue of fairies, insisting he ‘does not speak of such things’.

The leading atheist and evolutionary biologist refused to be drawn on the topic of little people that dance around toadstools at midnight and come to our world from a mysterious ‘other place’ known as ‘Annwn’.

When questioned at a recent book  signing on the existence of fairies, he replied: “I’ll not say a word. Not to strangers, not even to my own kind.”

He then cast a furtive glance around the room and kissed a rabbit’s-foot he removed from his breast pocket before running from the room.

Friends claims Dawkins’ stance on fairies was shaped during a foggy winter evening, when, as an 11 year-old, he was sent by his mother to fetch water, but in his idleness fell asleep in what he later realised was a ‘dell’.

Fellow Oxford academic, Professor Martin Bishop, said: “Richard told me he was awoken by the sound of a flute playing a tune that was simultaneously soothing and evil.

“He opened his eyes to see standing before him a piper with horns and cloven hooves, around whom pranced tiny boys and girls in flowing pastel-coloured clothes.

“The piper said, ‘You are far from home, bonny lad, and it is late. You’d best come away with us to the magical land where sweeties grow on trees’.”

But Dawkins sensed the piper meant him harm, and ran home to his mother, not stopping to glance behind. Returning home without the water, he got the scolding of his life, which would have compounded his dismay had he not been so relieved at not being spirited away.

But evolution enthusiast Emma Bradford said: “Fairies or no fairies, I really want to like Dawkins because he irritates some very irritating people.

“However I can’t shake the feeling if you were ever in the position of serving him in a coffee shop, he could be very difficult.”