POLICE in Kent have removed a makeshift sign that warned drivers and pedestrians about nearby Daily Mail readers.

The sign was erected by Tom Logan, from Ashford, who wanted to protect strangers and passing motorists from talking to any of his neighbours by accident.

He said: "I moved here about three months ago and noticed fairly quickly that there was a huge number of Daily Mail readers in the street.

"At first you assume it's an oversight or a budget thing and that eventually the council will come along and remove them, but weeks went by and nothing was done.

"I realised it was actually quite dangerous having so many of them so close together, especially if a motorist asked for directions and suddenly found themselves talking to some arsehole who thinks Eichmann had the right idea about gypsies.

"Then they start asking how many abortions you had before deciding to bring another socialist homo into the world and tell your wife that if she has a full-time job then she may as well just drop her child into a disused mineshaft."

Kent County Council said it has removed 45,600 Daily Mail readers from 1,595 streets since the beginning of the year but admitted it was still a huge problem.

A spokesman said: "Unfortunately we cannot allow members of the public to put up their own warning signs, whether they are for Daily Mail readers, giant, armoured bin rats or level Richard and Judy crossings."

Mr Logan added: "I stole the sign from near a school, painted the middle bit white and then added the masthead and a big photograph of an idiot that I cut out of the Daily Mail.

"I thought it was quite good."

Good God, This Country Is Full Of Immigrants, Says Brown 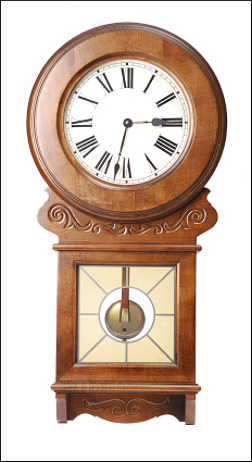 GORDON Brown last night said he was amazed to discover that Britain had quite a lot of immigrants.

The prime minister said that if only he had known he would have done something about it, but now they are here they should all talk properly and watch Antiques Roadshow.

Mr Brown added: "As soon as I found out there were immigrants I asked for a full report and I am now pleased to confirm that after a decade of them sneaking in willy-nilly, last year only two foreigners arrived in Britain, both clutching an old wooden clock and asking for Fiona Bruce.

"However, I accept there are still quite a few unusual-sounding people in this country who insist on maintaining a culture that can often seem at odds with Britishness, such as working really hard and minding their own business."

The prime minister said foreigners are often to be found crowded into East London constituencies where local, indigenous majorities of less than 8000 can easily feel threatened.

He added: "I have no idea how they got here but I will do everything I can to make sure they all get their clocks valued at a stately home and that if you shut your eyes you would swear you were talking to Adam Woodyat or Martine McCutcheon."

Calling for a calm and rational debate, Mr Brown said: "I think it's very important that politicians do not use immigration as a political football, especially the racist ones in the Conservative Party.

"We must treat this issue sensitively, unite against extremists and I've got fifty quid right here for anyone who can actually tell me the difference between the Tories and the SS."