According to Tom Logan’s Is This The End For Pop Sociology? books like Hanna Rosin’s End of Men have saturated the market for dreary topics such as gender identity in the 21st century.

Logan said: “A few years ago, people were rushing to buy books about ludicrous non-issues with deliberately provocative titles like Is Your Dog Your Lover?

But readers have somehow grown tired of pretentious, rambling tripe based on sweeping generalisations and meaningless personal anecdotes.

Pop sociologists need to get a grip and start focusing on relatable topics such as whether orgasms are a political statement.

Logan also considers whether pathetic hack writers should return to the topic of alien abduction.

He said: “That whole ‘getting-levitated-out-of-the-window’ thing was pretty massive in the early 90s.

“Maybe that’s why men have become emasculated, because creatures that look like giant babies have harvested all their sperm.

Paul Daniels to stick his hand in a toaster 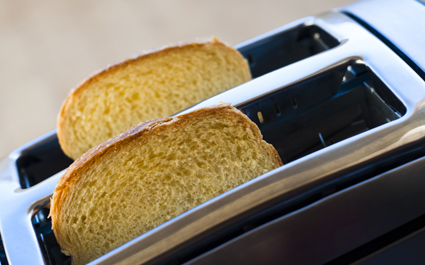 MAGICIAN Paul Daniels is to spend three hours with his hand in a toaster.

As David Blaine enters the pulsating core of an electrical storm, Britain’s favourite teatime illusionist will insert his left hand into a toaster and keep it there until Antiques Roadshow comes on.

Other recent Daniels stunts include sitting outside a Post Office for five hours, wearing several hats at once and eating some ice cream really quickly.

The toaster will not be switched on.