There have been a spate of gruesome deaths this week at the Manchester Central conference centre, which initially seemed like tragic accidents.

However sightings of a masked figure with distinctively greying hair have confirmed the involvement of Ed Miliband’s insane, hate-consumed brother David.

Delegate Tom Logan said: “They found a makeshift lair in a cleaning cupboard beneath the venue. It contained creepy dolls, an old gramophone playing two bars of a scratched Vera Lynn record and a silver-framed picture of Ed and David together, with Ed’s drawn-on hand sticking a sword into David’s back.

“David is here, and he wants revenge.”

Once-promising David Miliband deliberately disfigured himself in a deep fat fryer ‘so I shall no longer see traces of Ed in the mirror’.

He disappeared shortly afterwards, although it is rumoured he was adopted by a family of rats from which he learned the arts of cunning and concealment.

The incident was followed by maniacal cackling, seemingly coming from thin air. 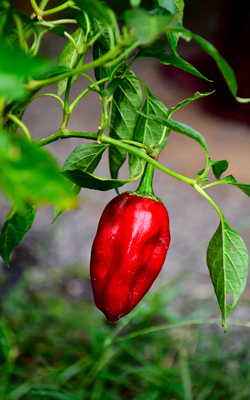 The Molten Death-Twitch Naga has been unveiled as the world’s hottest chili, leaving rampantly straight males with no choice but to eat it.

However the fiery fruit also contains high levels of a gay hormone that makes eaters appreciate penises and good design.

24-pints-a-night plasterer Roy Hobbs said: “This is a perfect storm for masculinity.

“On the one hand, this chili will cause me tremendous pain, therefore I must demand it at my local curry house.

“But as my friends roar in drunken appreciation of me tearfully licking the plate clean, I will want to kiss them lingeringly on the lips.

“I can’t eat it and I can’t not eat it. Maybe I should just kill myself?”