POUNDWORLD’S new £1 bra is not an acceptable romantic gift, according to women.

Men had been hoping the budget breast management device would be deemed ‘sexy, stylish underwear’ and thus suitable as a present.

37-year-old Tom Booker said: “‘Women’s shops’ are intimidating but I feel quite at ease in Poundworld so this cheap bra has the makings of a perfect gift for my lady.

“Apparently it’s not fancy enough though. Jesus, does she want jam on it or something?”

Fear of spoilers now greater than fear of death 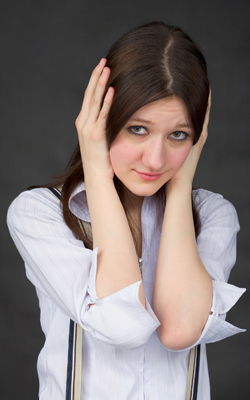 BRITONS are more scared of accidentally discovering plot details of American TV series than they are of dying.

Research by the Institute for Studies found that 83% of Britons live in constant fear of spoilers.

Professor Henry Brubaker said: “People are of the opinion that life is transient, but Breaking Bad is forever.

“Also series length now means that many have invested more time in Dexter or Spartacus than in their children’s upbringing.

“Many are afraid to leave the house, or even the room where their telly is, for fear of being ‘spoiled’. And thousands who do venture out wear earplugs and eye masks to avoid story leakage.”

Spoiler aversion is making subjects unteachable as students walk out of lectures about Shakespeares tragedies, Fermats Last Theorem and the heat-death of the universe complaining that they could ‘completely blow the story’.

“Just today Ive shut people up by claiming I dont know who won the Second World War, what the season after summer is or where the M1 goes.

When the wife started to tell me about her day, I told her I didnt want to hear it because I hadnt read her Twitter timeline yet and didnt want her hampering my enjoyment. Worked like a charm.