Poverty linked to not having any money

POVERTY may be caused by having little or no money, according to new research.

“We worked it out using a computer the size of a bus.” 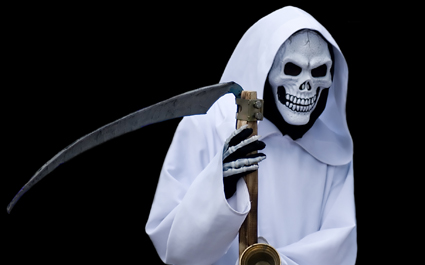 DEATH finds the human obsession with exercise highly amusing, it has emerged.

“I’ll get you all just the same.

“Seeing you in your gymnasiums bouncing along on those machines, how stupid you look.