A CARLISLE woman has reiterated how lovely her boyfriend’s beef stew was for the third day running.

Nikki Hollis’s partner Wayne Hayes has been asking whether she really liked it every 50 minutes since he made dinner for a change.

Hollis said: “I keep sneaking off to the toilet to look up synonyms for ‘delicious’ on an online thesaurus.

“Last night I had to resort to saying it was ‘surpassingly toothsome’, like I’m in a Jane Austen novel.

“I wouldn’t mind but it was a packet sauce, some stewing steak that was on the turn and a splash of red wine he used as an excuse to drink the rest of the bottle.”

Hayes has also sought the approval of colleagues by taking tubs of brown matter to work and loudly commenting how much better it is than the crud they serve in the canteen.

His ‘recipe’ is to be pinned on the freezer at home, which is now full of meals prepared by Hollis to ensure this situation never arises again.

Hollis said: “It had been six months since we’d managed to put the whole business of him changing the duvet cover without being asked behind us, and now this.

Wayne Hayes said: “On a day-to-day basis I’m not that co-operative. I just do a few select things in a really intense, genius way, then lie down to recuperate for quite a long time.” 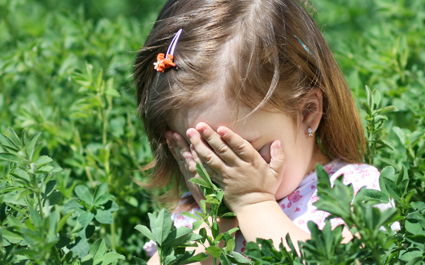 A DISTRESSED child in a park is probably just pretending for some YouTube clip about compassion.

36-year-old passerby Tom Booker said: “If you see anyone alone and apparently in need of help, nine times out of ten they’re being secretly filmed for a YouTube channel about people’s ‘amazing reactions’ to those kinds of things.

“Last year I assisted an old lady who’d apparently fallen over and broken her hip, turned out she was an actress and I ended up making twelve grand in ad revenue for someone called ‘Yorkie99’.

“Comments on the YouTube page included ‘so inspiring’ and ‘I’ve shagged both of them’.