RETRO baby names from the early 20th century have been exhausted, creating a trend for prehistoric-sounding options like Ung-Gaah.

Fad-conscious parents favour stone age names as they are ‘more retro’ than the previously fashionable wartime names like Stanley and Rose.

Mother-of-two Emma Bradford said: “The 40s thing is so played out, and after a lengthy deliberation we decided to call our son ‘Ung-Gaah’.

“We both liked that it’s really different, also the stone age was such a romantic time, things were simpler then and they didn’t have the internet or even basic tools.

“People then were more focused on the important things in life like family, discovering fire and fighting cave bears.”

However Bradford’s neighbour Mary Fisher said: “We actually called our baby Eeegah-gak-gaboo way back in 2009 when most people hadn’t even gone as retro as ‘Spartacus’. And we dressed him in stitched-together rabbit pelts.

“Now if you read the register for his nursery group it sounds like a Cro-Magnon tribe.

“We’re thinking of renaming him something so retro it predates even the most basic verbal communication.

“I’ve borrowed some books about the Mesozoic era. ‘Iguanadon’ might work, you can shorten it to ‘Iggy’.

“Do you think he’d get bullied?”

Being a kid now just as shit as being an adult 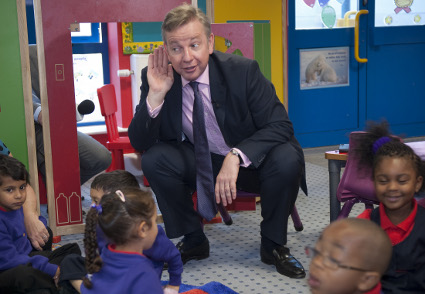 THE end of long summer holidays means that being at school is now basically the same as having a full-time job.

He said: “I want kids to leave school properly prepared for the shitness of their everyday working lives, where there is no fun, happiness or balmy afternoons spent fishing in rock pools.

“On the bright side, there’s still retirement to look forward to. And then death.”