JOHN Prescott is manoeuvring himself gradually into the mainstream of British society, it was warned last night.

Experts said the former deputy prime minister has been given free rein to use television in a sinister bid to create the idea that he is not a big, pink bag of scum.

In recent weeks Prescott has appeared on Top Gear and adverts for moneysupermarket.com in between claiming an average of £800 a day for slouching on his fat, moronic arse in the now irredeemably discredited House of Lords.

Professor Henry Brubaker, of the Institute for Studies, said: “Slowly but surely he is transforming himself into a roly poly uncle who gets his words mixed up rather than the vilest piece of shit to hold public office in this country since the Sheriff of Nottingham.

“He spent much of his time in government playing croquet on the lawn of his free mansion or spewing bullshit about the environment while using two cars that did four yards to the gallon.

“And that’s when he wasn’t punching people, fucking his secretary and gorging himself on sticky buns and your money.”

He added: “If this was Egypt we’d be putting the fucker on trial but instead we’re getting him to do something not funny for Comic Relief.

“If there was even a shred of decency left in this festering bumhole of a country we’d be hosing him down with horse diarrhoea whenever he opens his front door or better still running over him slowly with one of his own Jags until dozens of half-digested pies come bursting out the top of his head.”

Brubaker has made a series of key recommendations to de-Prescottise Britain including sending moneysupermarket.com a photograph of a dog being sick or making a donation to the African warlords who hijack aid convoys. 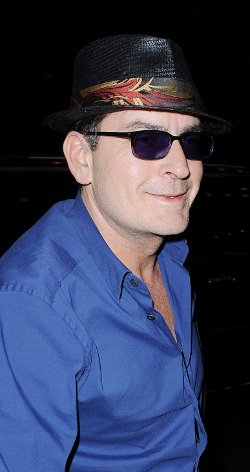 The forthcoming series will borrow the format of Pop Idol and is based on the premise that people who are on drugs are compellingly watchable.

Contestants will perform an unhinged, expletive-filled rant accompanied by a lavish series of threatening physical gestures before a live studio audience for two minutes or until they are wrestled to the floor by security guards.

A spokesman said: “Charlie is one of the finest demented minds working today and we’re ecstatic to be able to encourage him provided he doesn’t actually die on us because that would be sad.

“The panel will probably be just Charlie, and maybe two or three raucous whores, one of whom might have been in a straight-to-video slasher film in the 80s called something like Night Slayer III: The Reckoning.”

He added: “It’s all about wild, crack-fuelled self expression. Anything goes except throwing faeces and stabbing members of the audience.

“This is your chance to become a folk hero, beloved of students and people whose boring office-based existences make the squalid antics of the wretched seem oddly alluring.”

Last night’s auditions in Gloucester attracted over 3,000 crackheads, although this number was quickly reduced to 2,872 after a series of bottle fights.

One hopeful, the hotly-tipped ‘Welsh Pete’, of no fixed address, said: “I’ve got this frozen joint of lamb, right, you can have it for a tenner. Or it might be a goose.

“Wait…I haven’t got it any more. Someone’s nicked it or something, fuck…fuck.”

He added: “Have you got a straight? You have got one, I can tell from your face. Give us it.