Press regulation could finally stop people disagreeing with you

THE dream of never being disagreed with came a step closer last night.

Experts said new press regulations could mean that within three years having to defend your opinions will seem as outmoded as basing your opinions on some form of evidence.

Julian Cook, an opinions analyst, said: “The statutory royal charter on who can say what will make the settling of arguments an awful lot more efficient.”

Tom Logan, from Hatfield, said: “Freedom of speech is very important to me because I’m always right.

“I’m relieved that we now have a fair and reasonable way of regulating people who are wrong.”

Cook added: “Initially, the extent to which people will be able to disagree with you will depend on what your opinions are and who is in power at the time.

“Though once this thing really beds in you won’t see power changing hands all that often.

“It does mean that if you have the wrong opinions you will end up being disagreed with a lot. At which point we think it would be easier to just change your opinions to the right ones.

“And once everyone has the same opinion about everything we will all live happily ever after.

Annoying parents still going to use local café as a crèche 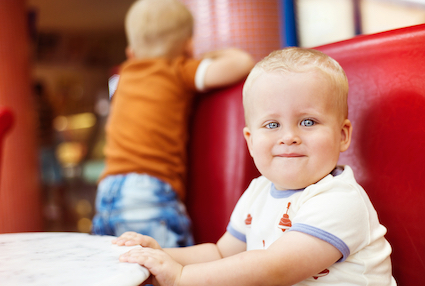 LETTING café staff run around after our kids is a perfectly acceptable form of childcare, say arsehole parents.

The self-centred dickbags said they will be unaffected by government childcare reforms as they already have it sorted for free.

Mother-of-two Emma Bradford said: “Café childcare is very much the way forward, my friends and I just roll up with our kids and let them get on with it.

“Working isn’t a problem, we can bring our laptops and happily sit there organising corporate events or whatever the fuck it is we do, while the world revolves around us.

“It’s basically the same as a normal crèche in that there are lots of low-paid people in polo shirts running round after our kids, trying to stop them eating poison.

“My children are incredible.”