A PUB has been reduced to rubble after its landlord decided to host an Oxbridge improv group instead of showing England’s World Cup game.

Tom Logan, landlord of The Lion’s Head pub in Gloucester, decided it would be ‘original and interesting’ to put on a performance by Oxbridge comedy troupe A Room for Norman, who describe their show Troutface? as ‘wildly anarchic meta-satire, informed by our time at a French clowning academy’, instead of the football.

The hour-long performance by three tall skinny posh boys includes a 20-minute sketch where the group tickle each other with rubber snakes while shouting in Latin.

Surveying the smouldering ruins of his pub, Logan said: “Being a fairly rough sort of pub, we quite often have fights after the football, so I thought perhaps some semi-improvised surrealist comedy would create a more thoughtful, intimate atmosphere.”

Pub regular Wayne Hayes said: “I remember those tall kids walking on stage, making a joke about not being the football, and then somebody threw a wheelbarrow.

“Everyone started punching each other, or just punching the walls or furniture or themselves. There was a massive crash as someone drove a Transit van through the wall, and an Alsatian was running round with a pool cue in its mouth.”

Tom Logan added: “Overall it was not successful but if we can get the pub rebuilt in time for the next England game we’ll probably try showing Pretty Woman instead.”

Friend only offering to do favour to complain about it later 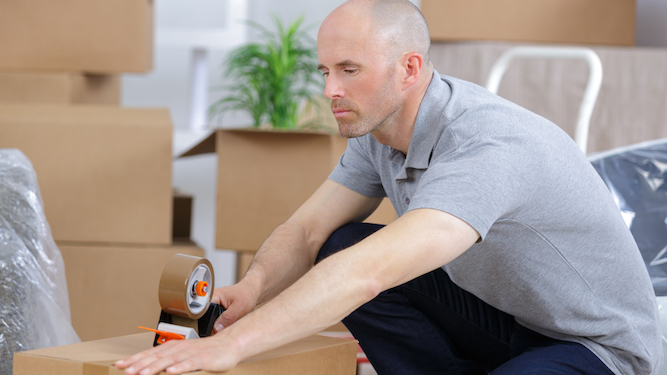 A MAN has offered to help his friend move house so he can hold it against him forever, he has confirmed.

Tom Logan volunteered for an ardous day’s lifting knowing that he would reap his reward in whinging about it for the next six years.

He said: “Oh, Nate is going to hear about this. Every time I see those records on his shelf I’ll remind him who put them there.

“It’s given me a bad back, I’ve missed crucial World Cup group games I wasn’t actually planning to watch, and he doesn’t even need all this shit anyway. Which I’ve told him, and will subsequently be telling everyone else.

“The worst part is he’ll never return the favour because even if he offered to I wouldn’t let him. The bastard.”

Friend Nathan Muir said: “I know that Tom didn’t really want to help out, but I also know that complaining is his absolute favourite thing.

“This is my little gift to him to replace the time he picked me up from the airport in 2010. I’m confident he’ll get the most from it.”