Pub where ‘everyone looks out for each other’ horribly violent

REGULARS at a pub that values community spirit above all beat the shit out of each other most nights, they have confirmed.

Patrons of Plymouth’s White Swan argue the pub is the heart of their estate before the arguments degenerate into actual bodily harm.

Landlady Donna Sheridan said: “We all pull together round here. Last week we had a collection to get Macca a wheelchair, and a fortnight ago we raised £400 for Adz’s court fines for breaking both Macca’s legs.

“We’re like a family. You can come in here any time of day and find a shoulder to cry on or a face to break a pool cue on, if you’re in more of that mood.

“And though we might fight sometimes, we’ll always present a united front when the people in neighbouring houses call the police. Or the fire brigade.”

Local Roy Hobbs said: “I went there once. Someone asked me what the fuck I was looking at. When I backed off he called me a ‘blow-in’ and told me to go back to Wetherspoons.”

I am a strong, stable, paranoid lunatic, says May 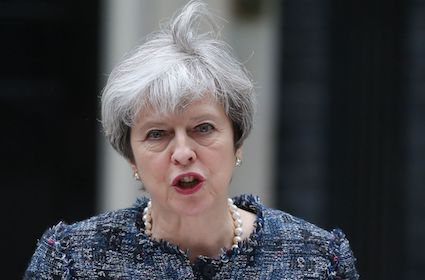 THERESA May has told the nation she is a strong, stable leader with paranoid delusions that she has enemies hidden everywhere.

The Conservative leader announced at Downing Street that she alone can be trusted to defend Britain against the shadow-bureaucrats of the EU, who can enter your dreams.

She continued: “Jeremy Corbyn is too weak to even threaten to use our nuclear deterrent, whereas I frequently find myself with my shaking hand hovering over the launch button at 4am with no idea how I got there.

“I am the only leader fully briefed on the EU’s chemtrails, GM foods pacification programme, implantation of RFID chips into dogs which they then use as cameras, and their ‘black sites’ of alien technology.

“Even now, they are activating sleeper agents across the media who attempt to seize control of my mind in their ‘interviews’.

“Their tentacles are everywhere. I may be the only sane one left. The only way to save Britain is to burn it to the ground.