THE New Years Honours ceremony will be held in Londons O2 Arena to handle the sheer volume of recipients, Buckingham Palace has confirmed.

By the end of the Olympics it is predicted that one in three of Britain’s tracksuit owners will be in line for an award, forcing the Queen to host the event in the 20000 capacity stadium.

Other suggestions for knocking out the honours in an afternoon included her majesty jogging down a line of sportists waving a sword over their head, which was rejected over fears of an accidental Wiggins beheading.

Hovering over Buckingham Palace gardens in a helicopter shouting out the awards with a loudhailer was also considered, but was shelved after the opening ceremony made it appear a bit old crown.

Royal aide Denys Finch Hatton said: Weve hired out the O2, which has the added bonus of making us a bit of cash on the side as the extra seating will be sold to the public wholl apparently pay good money to watch these people do just about anything.

The whole shebang is going to be like a Moonie mass wedding but without the insistence on a fanatical devotion to a figurehead and yes, shut up, I know what youre going to say next.

The Queen has hired the glitter cannon belonging to Kiss, which will be loaded with medals and fired out into the assembled fitness types.

The seating arrangements have been organised according to award, with soon-to-be-knights getting corporate boxes and a mosh pit of CBEs at the front.

Gold-winning commuter Chris Hoy said: Getting a medal from the Queen means a lot, even if it’s coming at me as a potentially dangerous projectile.”

Pussy Riot 'could be forced to advertise butter' 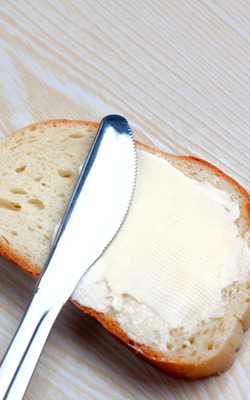 SUPPORTERS of the arrested Russian punks Pussy Riot have warned that the band may be forced to promote dairy products.

The feminist band, detained after staging a ‘punk protest’ in a Moscow cathedral, may suffer the same fate as the Sex Pistols’ John Lydon who was famously sentenced to flog butter after being found guilty of crimes against the British establishment.

Free Pussy Riot campaigner Emma Bradford said: “Putin is looking to teach the band a tough lesson and he knows there’s no greater indignity for a counter-cultural icon than having to promote spreadable dairy goods.

Bradford believes that, if found guilty of hooliganism, the girls will be incarcerated in Putin’s Dairy Adjustment Centre for commercial conditioning.

She said: “They will be forcibly coerced into believing that a low-fat spread called Moo Delice is delicious and ‘Moo-tiful’.

“The band will then appear in a television advert where they’re all beavering away in a kitchen, discussing how sticking it to the corrupt phallocentric government isn’t nearly as good as the delicious healthy spread they’re putting in their husbands’ sandwiches.”

Music fan Nikki Hollis said: “Having seen John Lydon being chased across my television screen by a herd of fresians, I’m terrified for these women.

“Still at least there’s other radical female musicians like Madonna out there, who makes bold political statements such as getting her bangers out.”