A COUPLE have asked their wedding guests to suggest songs for their party playlist, provided they are the kind of tracks they would have chosen anyway.

Carolyn Ryan and Stephen Malley have been planning their £25k ‘rustic’ farm wedding for the past year and are determined for everyone to be involved, provided guests stay within certain parameters.

Carolyn said: “We know our friends and family all have certain songs they’ve shared with us over the years, which will make it so much more special. If they pick the wrong song, we’ll just pretend we never got their email.”

Malley added: “We’re looking for everyone’s input here, but crucially we need suggestions that are not too mainstream, preferably acoustic, and if possible with a light folk vibe to fit in with the rural theme.

“Our wedding day is about honouring and strengthening the unique bonds we have with our loved ones, but if Aunty Sue suggests anything by Mike and the Mechanics she can fuck right off.” 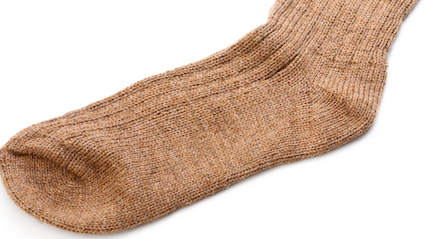 A SOCK, missing for three years, has unaccountably returned to the wardrobe from which it vanished.

The light brown sock disappeared following a normal 30-degree wash in the company of several other socks, according to its owner Tom Logan.

Logan said: “It was there when I put a wash on, but when I took it out, it wasn’t there any more.

“It happens sometimes, you don’t question it. You just accept it was that particular sock’s time and you move on.

“But then today I found it underneath a tie, like nothing had happened.

He added: “Did I put it with the ties and forget about it?  Is this a brand new sock that formed spontaneously out of thin air?

“Did an interdimensional vortex form in my tumble dryer, trapping my sock inside for three years?