Race named as today's thing to talk shit about

RACE has been named as today’s topic about which Britain will talk angry, ill-informed shit.

The topic was chosen by Labour MP Diane Abbott who kicked things off with a delightfully baffling generalisation about white people.

Abbott told Twitter that ‘white people love to play divide and rule’ prompting adjudicators to check whether or not she actually meant ‘golf’.

Following confirmation that, for some reason, she really did mean it the topic was greeted enthusiastically as people across Britain said they would finally have the chance to get a few things off their chest.

Reflecting the changing nature of 21st century shit-talking much of the shit will be talked on Twitter and angry political blogs filled with hopeless certainty.

But traditionalists insist plenty of shit will be talked in established  shit-talking venues such as pubs, Sky News with Kay Burley and The World at One.

Tomorrow’s topic will be chosen by Cherly Cole from off the television. It is expected to be ‘fat bitches’. 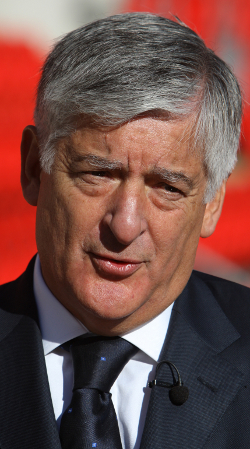 JOEY Barton has refused to serve his three-match ban after disproving the existence of the Football Association using Nietzschean perspectivism.

The Queens Park Rangers ontologist and occasional midfielder was censured by the FA after trying to test the theory of subjective materialism and the non-existence of matter by using his forehead as a medium.

Barton said: “Without empirical proof of FA chairman David Bernstein’s existence I will continue to give 110% for the team, despite the concept’s inherent mathematical inconsistency.

“I hope my continued presence on the pitch despite my supposed ban will raise an interesting debate on the categorical nature of competing.

“If a player scores a goal and nobody knows why he’s on the pitch, does he still run around with his shirt over his head?”

The player has had a history of controversy, most notably when he argued that God was dead when in fact Barton had just given him an almighty kicking outside a Liverpool branch of McDonalds.

He is the first player to receive a three-match ban for excessive philosophical debate since the 1970 Cup Final when Ron ‘Chopper’ Harris posited his theory on the fragility of human existence using the knees of Eddie Gray.

Barton added: “I will move on from this incident as that which does not kill me makes me stronger at the end of the day, Gary.”